I wish I could write about something else! I really do! But we saw another record smashed yesterday in the ICO space. Tezos raised a total of $232 million.

If you ask me the reason why? Well, they had some very strong advisors and a team and we’re working on a totally new blockchain for a few years now (according to them).

They utilized a typical structure of an issuing company in a Swiss Foundation which acquired 100% of operating entity shares post ICO. Very impressive to be able to raise that kind of money. I have an upcoming article I’m writing on how to structure an ICO and where to set it up.

We are seeing many other industries besides just blockchain core tech be funded as well. See this chart which shows in 2013 it was mostly core tech being funded, but now there are categories from media or IOT to gaming. 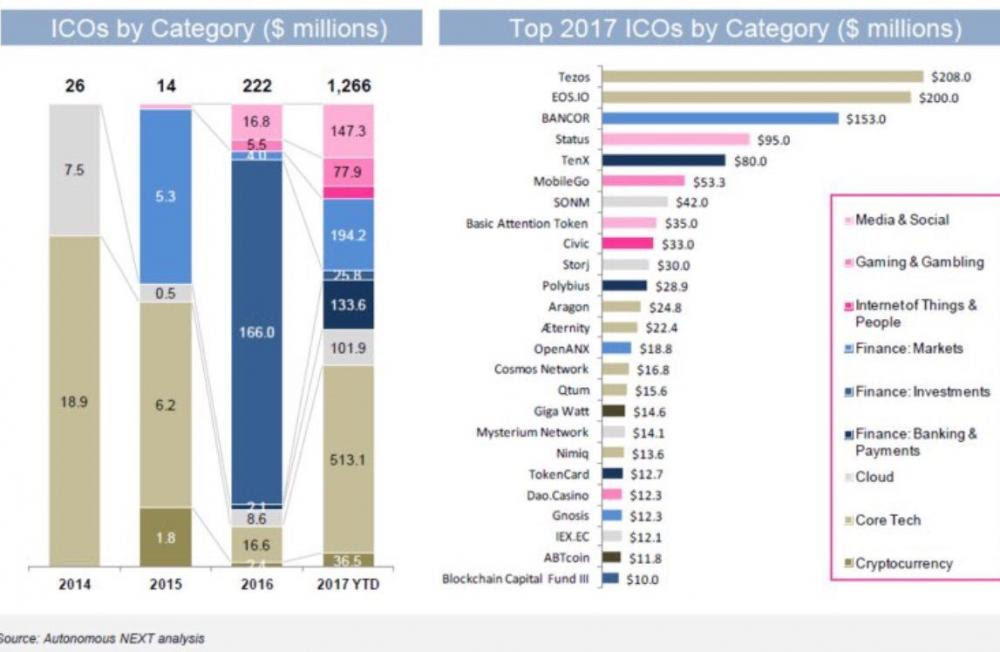 We’ve been getting inundated with ICO inquiries here at FlagTheory and have set up a new product to help entrepreneurs walk the tightrope that is doing an ICO.

Technology is our dog food. We understand and build technology (software, crypto, ecommerce)

We have a vast international network of lawyers who can help support your ICO, and we cover almost every jurisdiction in the world, this was built over a decade of working in the professional services space. We look forwards to assisting you personally.

If you are interested in doing your own ICO or investing in others, let us know.