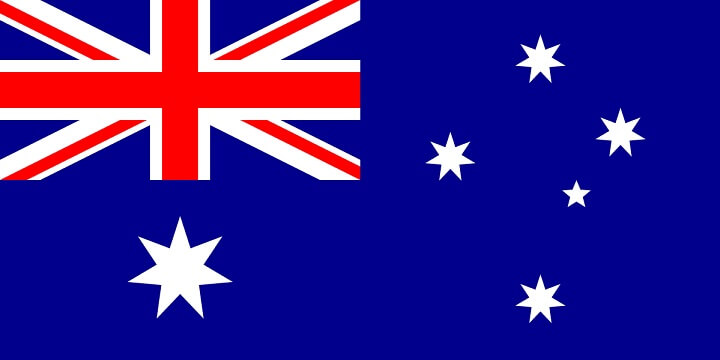 The Commonwealth of Australia is the sixth largest continent worldwide. Located in Oceania, the country occupies the main continental mass of the Sahul Shelf, in addition to some islands in the Pacific, Indian and Antarctic Oceans.

The closest countries to Australia are Indonesia, East Timor and Papua New Guinea to the north, the Solomon Islands, Vanuatu and the French dependency of New Caledonia to the northeast, and New Zealand to the southeast. Its population barely exceeds 20 million inhabitants, who are mostly concentrated in the coastal cities of Sydney, Melbourne, Brisbane, Perth, Adelaide and the capital Canberra.

Australia ranks third in the UN's Human Development Index, only surpassed by Norway and Switzerland, and is the fifth freest economy according to the Heritage Foundation's Index of Economic Freedom. It has one of the highest income per capita rates worldwide, slightly higher than the United States, United Kingdom, Germany and France in terms of purchasing power parity.

Australia has a solid and stable economy, with reduced unemployment, controlled inflation, relatively small public debt, and a strong and stable financial system. Its currency is the Australian Dollar (AUD).

Its main economic activities are services, including tourism, education and financial services, which account for 69% of its GDP. Industry accounts for approximately one third of its GDP and is mainly comprised by mining, industrial and transportation equipment manufacturing, food processing, chemicals and steel. The agriculture and the exploitation of natural resources, which comprise 3 and 5 per cent of its GDP, respectively, contribute substantially to its exports, with Japan, China, the United States, South Korea and New Zealand being significant markets for its resources.

If you want to set up a company, open a bank account, immigrate and/or obtain residency permits in Australia, you can view some of the articles and more information about the country below, or get in contact with us directly for a free private consultation.