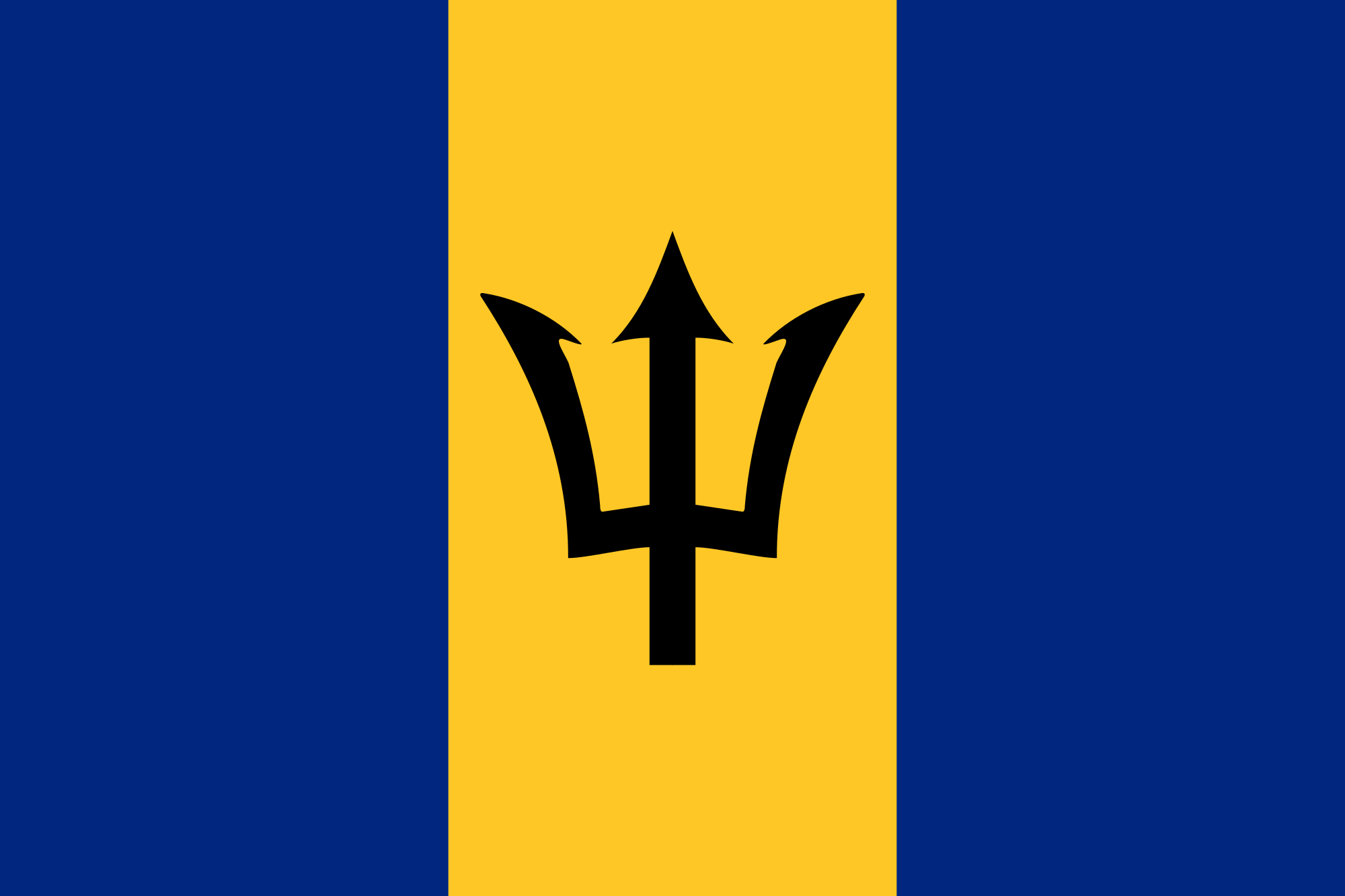 Barbados is one of the twelve countries that form the Caribbean Antilles island chains.

Located in the Lesser Antilles, Barbados is the most easterly of the islands, lying to the east of Saint Lucia and Saint Vincent and the Grenadines. Its capital and most populated city is Bridgetown.

The island is where Columbus first arrived on his renowned voyage in the late 15th century, and as such it was colonized by Spain. In the 17th century the English brought the islander under the yoke of the British Empire. That's how the situation remained until 30 November 1966, when it gained its independence and joined the UN and the Commonwealth of Nations.

Barbados is a constitutional monarchy, with Queen Elizabeth II as head of state and Governor General Dame Sandra Mason as her representative on the island. Its population exceeds 290,000 inhabitants. The official language is English and its official currency is the East Caribbean Dollar (XCD), which is pegged to the US$ at a 2.7: 1 ratio.

Barbados is one of the most developed countries in the Eastern Caribbean and has one of the highest per capita incomes in America.

Although the traditional Barbadian economy was based on the production of sugar, the main export commodity, tourism is now its main economic activity, with most visitors hailing from the United States and Europe.

Barbados has also managed to partially diversify its economy with industries such as manufacturing, construction and mining.

Barbados is a CARICOM member and has concluded trade agreements with several jurisdictions, including the U.S., Canada and the European Union.

The international business and financial services sector is one of the most important contributors to the country's economy, given its business-friendly legal framework and low tax regime.

Companies incorporated under the International Business Companies Act of Barbados are a versatile vehicle for companies that want to headquarter their international operations on the island.

International Business Companies (IBCs) may not conduct trading with residents in Barbados. An IBC may manufacture, process or otherwise prepare products from within Barbados for export outside of the CARICOM area or trade and provide services exclusively to non-CARICOM residents.

An IBC will benefit from a very low tax rate, from of 2.5% of income down to 0.5%, depending on income level. It will also enjoy tax-exemption on capital gains, no withholding taxes, and exemption from exchange controls on foreign currency and from import duties and taxes on materials, machinery, plants and equipment.

In addition, a tax credit is available for foreign tax paid, if it does not reduce total tax payable in Barbados to less than the 0.5% minimum tax rate.

Barbados has concluded trade agreements with several jurisdictions, including the U.S., Canada and the European Union.

International Business Companies are vehicles often used for the business of making, processing, preparing or packaging within Barbados any product that is exclusively for export, or for brokers, agents, dealers, sellers, buyers that provide services intended for non-residents of Barbados.

Barbados has signed the OECD's Automatic Exchange of Information for tax purposes (AEoI) and committed to undertake the first exchanges of information through Common Reporting Standard (CRS) in 2018.

All in all, Barbadian International Business Companies are a powerful tools for international trade, commerce, manufacturing operations and holding company for both intellectual property and for investments in foreign subsidiaries, with low costs and minimum requirements.

At Flag Theory, we're here to help you during every step of your internationalization and structuring plans. If you want to set up a company, open a bank account, immigrate and/or obtain residency permits in Barbados, you can view some of the articles and more information about the country below, or get in contact with us directly for a free private consultation.