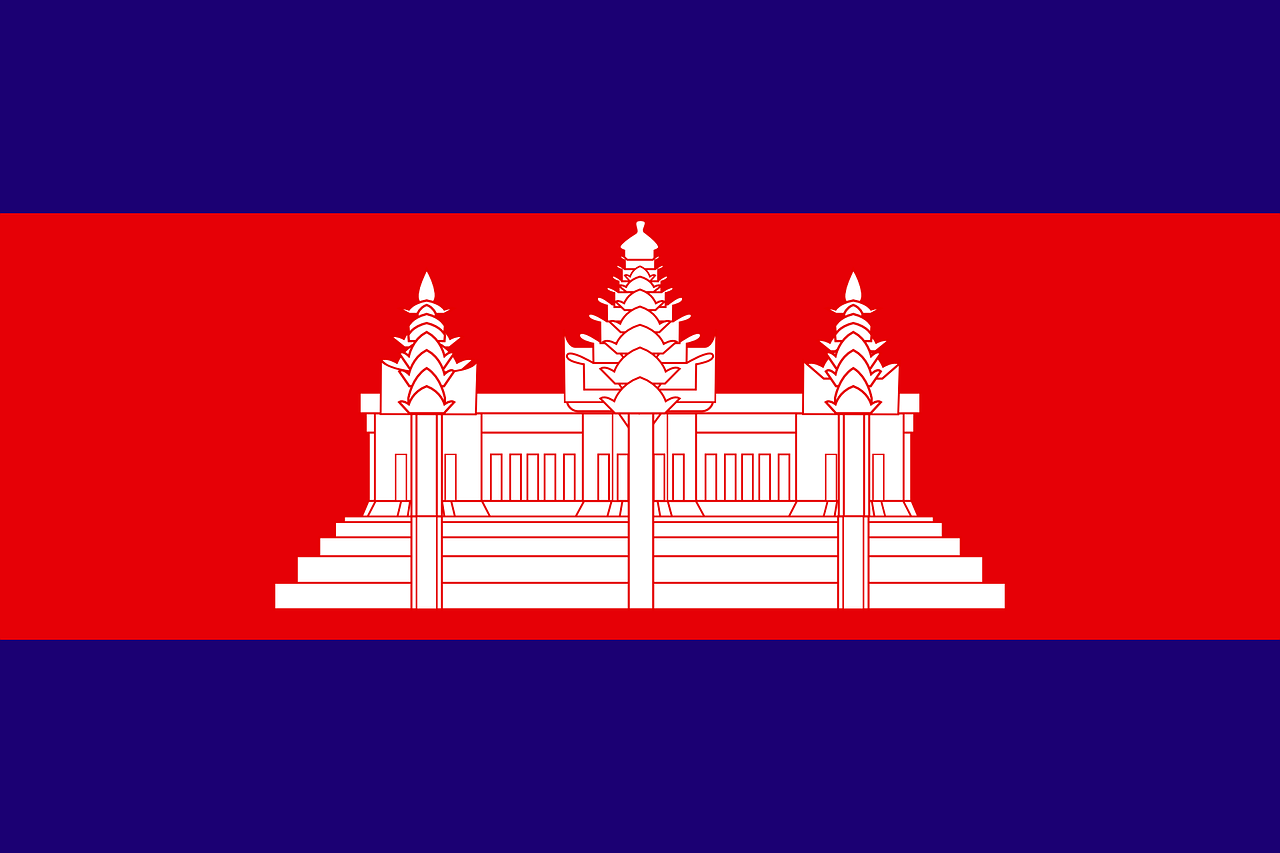 The Kingdom of Cambodia, or Preah Reacheanachak Kampuchea in Khmer, is a Southeast Asian nation, former French colony and member of the ASEAN. Located in Indochina, it borders Thailand to the northwest,  Laos to the north, Vietnam to the east and the Gulf of Thailand (Pacific Ocean) to the the southwest.

Cambodia has a population of just over 16 million inhabitants, and with about 1.5 million people, Phnom Penh is its capital and most populated city. Its official currency is the Cambodian Riel (KHR) but the US Dollar is widely accepted and used.

Since 1999, which marked the end of roughly 30 consecutive years of war, Cambodia's economy has started to progress, reaching an average of more than 7 % GDP growth per year, with tourism being its main growth-driving sector. Foreign investment has exponentially increased during the recent years, primarily from Chinese sources. However, Cambodia still faces significant development challenges, including poor infrastructure and a lack of education, especially in rural areas.

Cambodia's main industries are garments, which accounts for 80% of the country's exports; tourism, with more than 7.2 million visitors in 2018 (in 2001 the number was just over 1 million); and agriculture, with rice being its main export commodity, and to a lesser extent maize, cassava, sweet potatoes, groundnuts, soybeans and sesame seeds.

If you want to set up a company, open a bank account, invest, immigrate and/or obtain residency permits and even citizenship in Cambodia, get in contact with us directly for a free private consultation.