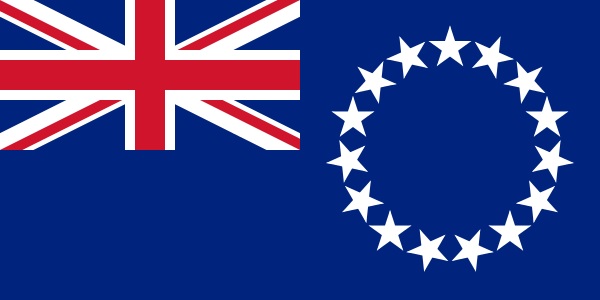 The Cook Islands is an archipelago of fifteen small islands, located in the South Pacific Ocean, between Hawaii and New Zealand.

The Cook Islands are a member of the Commonwealth and the state is freely associated with New Zealand. Cook Islands citizens are also New Zealand citizens. The islands have a combined area of 236 sq. km, but its Exclusive Economic Zone occupies more than 1,800,000 sq. km of ocean. It is populated by about 21,000 inhabitants, most of which live on Rarotonga Island, where its capital Avarua and its international airport are

Its economy, like other South Pacific islands economies, is hampered by its isolation, lack of exploitable natural resources, a natural disaster-prone location, and poor infrastructure. Tourism is the main source of income and, to a lesser extent, the cultivation of tropical fruits and their processing, and the manufacture of clothing and handicrafts.

In addition to tourism, the other main economic sector is offshore industry. The Cook Islands has an attractive legal system that makes it possible to set up international companies, offshore banks, insurance companies and especially asset protection trusts, allowing an extent of anonymity for the beneficiaries of companies and trusts registered in the jurisdiction.

At Flag Theory, we are committed to offering the world's best options for diversifying your personal and business finances for more privacy, freedom and wealth. Below, you will find further information about Cook Islands trusts, offshore companies, offshore banking and residency options in this South Pacific paradise

If you want to set up a company, open a bank account, invest, immigrate and/or obtain residency permits and even citizenship in the Cook Islands, get in contact with us directly for a free private consultation.