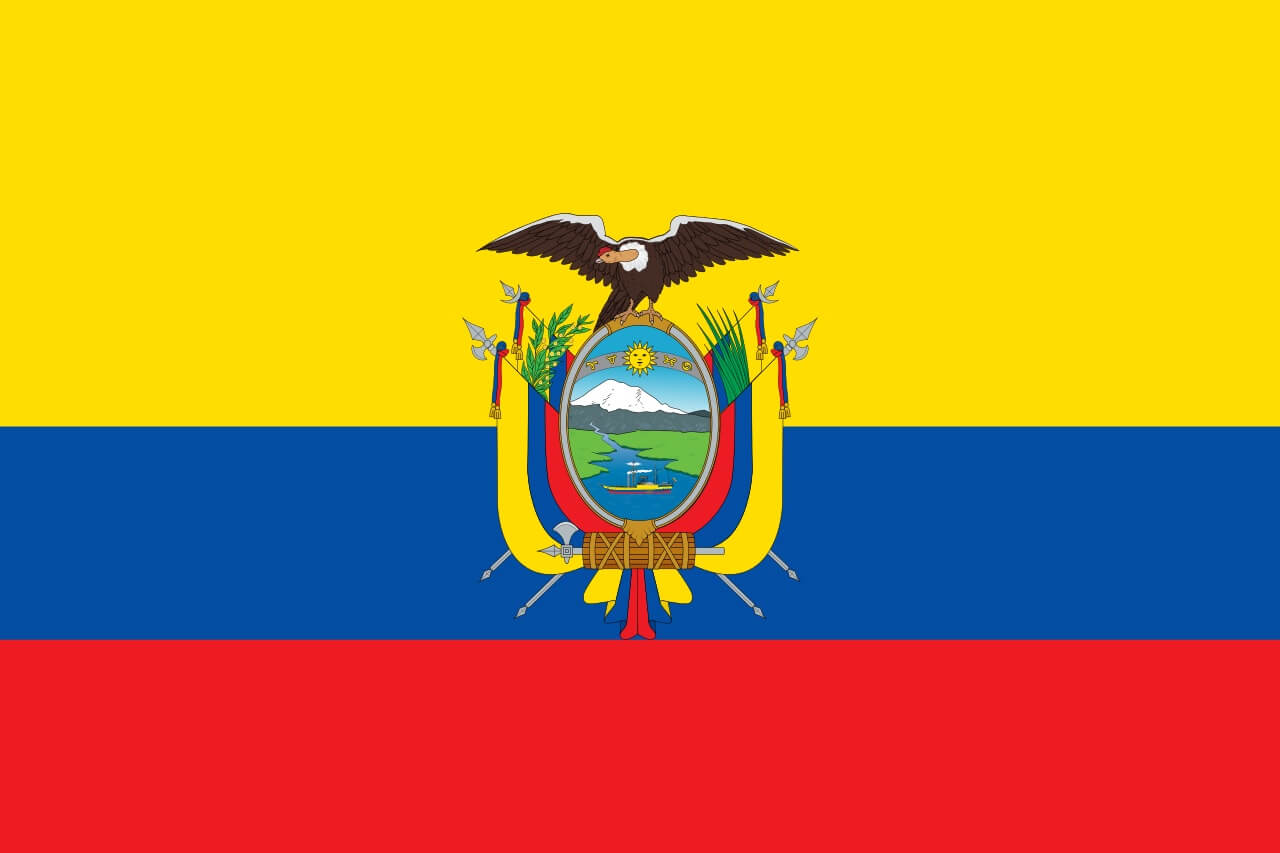 The Republic of Ecuador is a Latin American country and associate member of the MERCOSUR. Located in the northwestern part of South America, bordered by Colombia and Peru by land and Costa Rica by sea, its territory is split by a volcanic section of the Andes mountain range. To the east lies the dense Amazon Rainforest. To the west, the Gulf of Guayaquil, lined by the Pacific Ocean, and overlooking the incredible natural landscapes of the Galapagos Islands. Old colonial towns, multicultural communities, volcanoes and an exciting flora and fauna are all in abundance. Ecuador has also been called the most bio-diverse country in the world.

Equador has a population of over 16,200,000 inhabitants. Its capital is Quito, although its most populated city is Guayaquil. Despite being a Spanish-speaking country, there are more than 13 recognized indigenous languages. Ecuador’s economy is officially dollarized; the US$ is the only legal tender currency since 2001.

Its economy is based on exports, mainly oil, but also bananas, processed fish and gold, and is heavily dependent on commodity price fluctuations. Ecuador also has a growing tourism sector. Other relevant industries include manufactured and raw materials, textile production, mining and chemicals. The country has a mild climate and varied geography, with abundant fertile land and several investment opportunities in the agricultural sector.

Ecuador has one of the most liberal immigration policies worldwide, with hardly any restrictions to settle there.

If you want to set up a company, open a bank account, immigrate and/or obtain residency permits in Ecuador, you can view some of the articles and more information about the country below, or get in contact with us directly for a free private consultation.