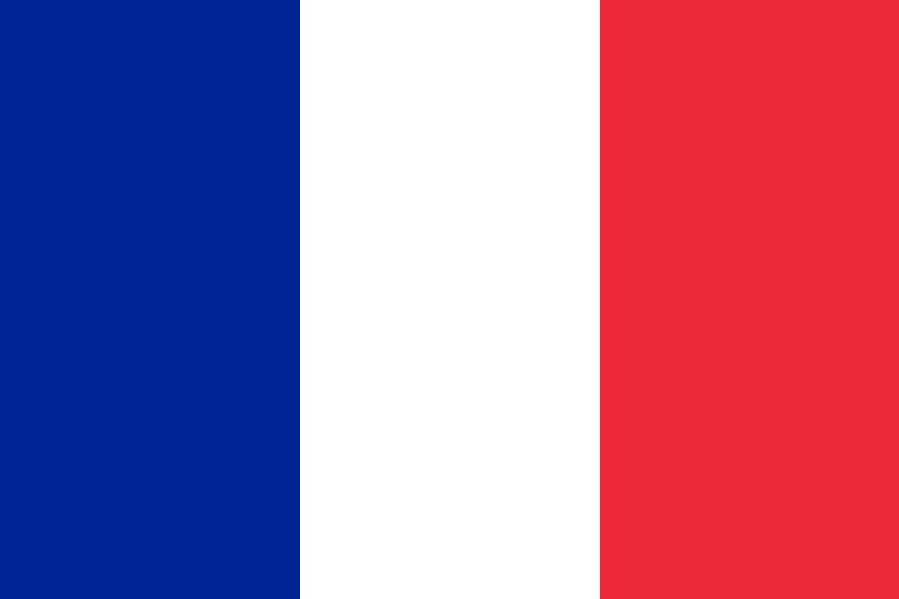 The French Republic is a member and founding state of the European Union. It is located in Western Europe, where it has limits to the south with the Mediterranean Sea, Monaco and Italy, to the southwest with Spain, Andorra and the Cantabrian Sea, to the west with the Atlantic Ocean, to the north with the English Channel, the North Sea and Belgium, and to the east with Luxembourg, Germany and Switzerland. Its overseas territories include island of Corsica in the Mediterranean, several archipelagos in the Atlantic, Indian and Pacific oceans and several territories in the Caribbean.

France encompasses medieval cities, alpine villages and Mediterranean beaches, and has a population of around 67 million people. Paris, its capital, is famed for its fashion houses, classical art museums including the Louvre, some of the world's best restaurants, and monuments like the Eiffel Tower. Its official language is French and its legal tender currency is the Euro (EUR).

France is the second largest exporter of food products in the world, behind the United States. These are mainly cereals, sugar (from its overseas territories), wine, dairy products, fruit and vegetables, animals and meat products. Regarding the industrial sector, France has a high reputation in automotive, railway material, luxury goods, fashion, food industries, energy sector technology and aircraft and spacecraft. Other strong sectors include telecommunications and chip card production. The tertiary sector is the largest (75% of GDP), mainly comprised of commerce, banking, insurance services (4th largest worldwide) and tourism. France is and has been traditionally the most visited country by tourists worldwide.

Flag Theory is a strategic internationalization process, which consists in planting fags in strategic locations. Each flag represents a specific element of your personal finances and business, designed to impact and increase your freedom, privacy, and wealth.

If you want to set up a company, open a bank account, immigrate and/or obtain residency permits in France, you can view some of the articles and more information about the country below, or get in contact with us directly for a free private consultation.