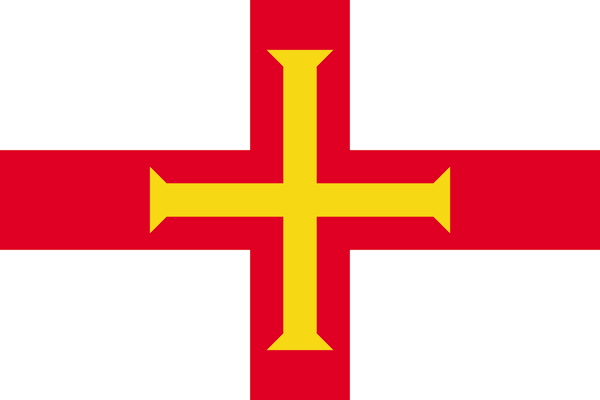 The Bailiwick of Guernsey is a dependency of the British Crown located in the English Channel, to the west of the coast of Normandy in France.

The territory comprises the island of Guernsey (which forms the largest part) and its neighboring islands Alderney (2400 inhabitants), Sark (610 inhabitants) and Herm (60 inhabitants), as well as other very small islands such as Jethou, Brecqhou, Burhou, Lihou and some more islets.

Guernsey is part of the Channel Islands archipelago together with the Jersey Bailiwick. Although its defense is the responsibility of the United Kingdom, the bailiwick is not officially part of it, but still remains a possession of the British Crown.

The native population has French, or more specifically a subdialect of the Norman dialect, as its mother tongue. However, the most widely used language today is English.

Its official currencies are the Guernsey Pound (GGP)) and the Pound sterling (GBP).

The head of state is Queen Elizabeth II of the United Kingdom, represented by a lieutenant governor on the islands.

About a third of its gross national product is supported by financial services (banking, fiduciary, captive insurance and fund management). Other traditional sources of income are agriculture, tourism, optical health, engineering and horticulture, mainly of tomatoes and cut flowers. Major imports include coal, gas, oil, electricity, machinery and equipment.

Guernsey is considered to be an attractive destination for setting up a company and tax considerations. Companies are taxed at a flat 10% or 20% rate, depending on their activities, are relatively easy to set up, and also benefit from certain levels of confidentiality.

If you want to set up a company, open a bank account, immigrate and/or obtain residency permits in Guernsey, you can view some of the articles and more information about the country below, or get in contact with us directly for a free private consultation.