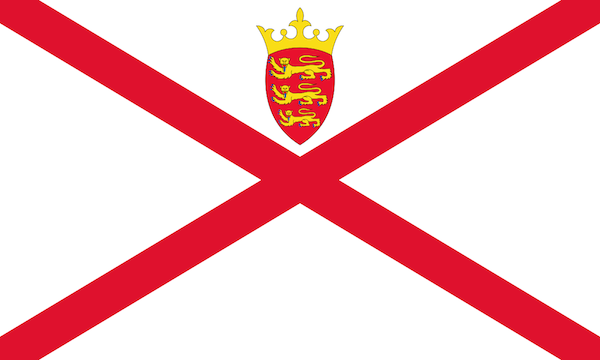 The Bailiwick of Jersey is a British Crown Dependency located in the English Channel, to the west of the coast of Normandy, in France. The territory comprises the island of Jersey (which constitutes the greater part) and a series of uninhabited archipelagos such as Les Minquiers, Les Écréhous and Les Pierres de Lecq, among others. Jersey is part of the archipelago of the Channel Islands, which also includes the Bailiwick of Guernsey.

It has a population of approximately 100,000 people and the capital is Saint Helier.

The native population has as its historical  mother tongue a Norman subdialect of French. But today English is the most widely spoken language.

The head of government is an elected administrator called the Bailiff, and the head of state is the lieutenant governor, who is appointed by the King or the Queen of England.

In accordance with Protocol 3 of the UK's Accession Act (1972), it belongs to the European Union Customs Union, thereby benefiting from the free movement of industrial and agricultural goods.

As a member of the Common Travel Area (CTA), the free movement of citizens of the European Economic Area is also permitted.

Jersey issues its own notes and coins, the Jersey Pound (JEP), which circulate along with the pound sterling and have the same value.

Jersey has one of the highest GDP per capitas in the world.

The main agricultural products are potatoes and dairy products. Jersey's milk source is a small breed of cow that has also been recognized (though not generically) for the quality of its meat. On a small scale, the production of organic meat has been reintroduced in an effort to diversify the industry.

Below, you can find why and how to set up a company and do business in Jersey, its banking and investment options, and how to get residency and eventually citizenship in this island territory of the English Channel.

Where to set up a private equity fund