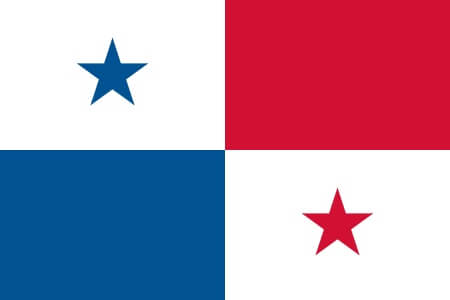 The Republic of Panama is a country located in the southeast of Central America, on the isthmus of Panama that unites South America with Central America. It borders the north with the Caribbean Sea, the south with the Pacific Ocean, the east with Colombia and to the west lies Costa Rica. Its mountainous territory is only interrupted by the Panama Canal that connects the Pacific Ocean with the Caribbean.

It has a population of over 4 million inhabitants, with half living in the metropolitan area of its capital, Panama City. Its official language is Spanish. Its legal tender currencies are the US Dollar (USD) and the Balboa (PAB), which is pegged to the Dollar at a 1:1 ratio.

Its economy is one of the most stable in Latin America. Its main economic activities are finance, tourism, logistics services and to a lesser extent agriculture and livestock. Regarding its primary sector, most of its agricultural production is destined for export. Its main crops are sugar cane, bananas, rice, maize, coffee and tomato. Panama also exports a wide variety of timber, with mahogany being one of its specialties.

Its conglomerate of transport and logistics services is oriented towards world trade, the epicenter of which is the Panama Canal, where there are ports for the transhipment of containers, free zones of commerce, railroads and the largest air hub of passengers of Latin America.

Tourism represents one of its main industries, with over 2 million visitors per year, mainly for business, commerce and its beaches. Most of its tourists come from the US, Canada, Europe, Central America and South America.

The jurisdiction is also the largest financial center of Latin America. Offshore corporations benefit from advantages such as access to complete banking and financial services, confidentiality, freedom of capital movement and total tax-exemption, provided that they exclusively do business outside the territory. Other common legal entities are the Private Interest Foundations, which are fully tax-exempt and commonly used as a holding entity, for asset protection (tangible or intangible), for confidentiality and privacy, estate planning, tax planning or philanthropic reasons. Panama also has several residency programs for entrepreneurs, investors and retirees.

Below, you can find why and how to set up a company and do business in Panama, its banking and investment options, and how to get residency and eventually citizenship in this Central American country.