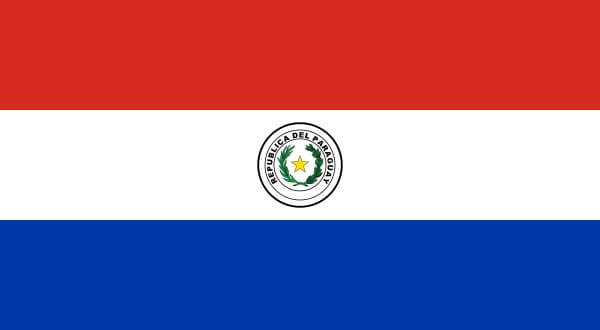 The Republic of Paraguay is a land-locked South American country and member of Mercosur and Unasur. It borders Argentina to the southeast, south and southwest, with Bolivia to the north and Brazil to the east. It is the fifth smallest and fourth least populated country in South America, with about 7 million inhabitants.

Its territory comprises two different regions separated by the river Paraguay: the western, which is the most populated, and the eastern, which forms part of the Chaco, a semi-arid, sparsely populated wilderness. Although it is a landlocked state, it has ports on the Paraguay and Parana rivers that give it an outlet to the Atlantic Ocean through the Parana – Paraguay waterway. Its capital, political and economic center is Asuncion. Its official languages ​​are Spanish and Guarani and its official currency is the Paraguayan Guarani (PYG).

Paraguay boasts over eight million hectares of available fertile land and abundant fresh water from one of the largest aquifers on the planet, the Guaraní. The country is one of the world’s top exporters of soybeans, soybean oil, chia and soy flour, yucca flour, corn, beef, wheat and the largest exporter of stevia and organic sugar, in addition to exporting cotton, feed and leather products. Paraguayan agriculture has also commercially exploited quebracho, hardwoods, cedars and orange groves, which provide petitgrain, used in perfumes and condiments.

Paraguay is also the largest American exporter of electrical energy. Its hydroelectric power plants (Acaray, Yguazú, Corpus Christi, Itaipú and Yacyretá) cover 100% of the country’s electric needs, in addition to exporting more than 90% of its generated energy, mainly to Brazil.

Its mining industry is also rising. In recent years, large deposits of titanium, uranium and gold have been found. There are indications that the largest deposits of titanium in the world may be found in the country's east. The country’s mineral exploitation is in its initiation phase, so there may be excellent possibilities in iron, diamonds, gas and oil.

The country also has a favorable tax regime; foreign-source income may not be taxed and local-source income is subject to a 10% tax rate. It also has several free trade areas and tax incentives and exemptions for entrepreneurship in certain economic sectors. Its immigration policy is considerably liberal, whereby instant permanent residency can be achieved with low requirements, and citizenship may be granted after 3 years.

Below, you can find why and how to set up a company and do business in Paraguay, its banking and investment options, and how to get residency and eventually citizenship in this Latin American country.

Immigrate and Invest in Paraguay