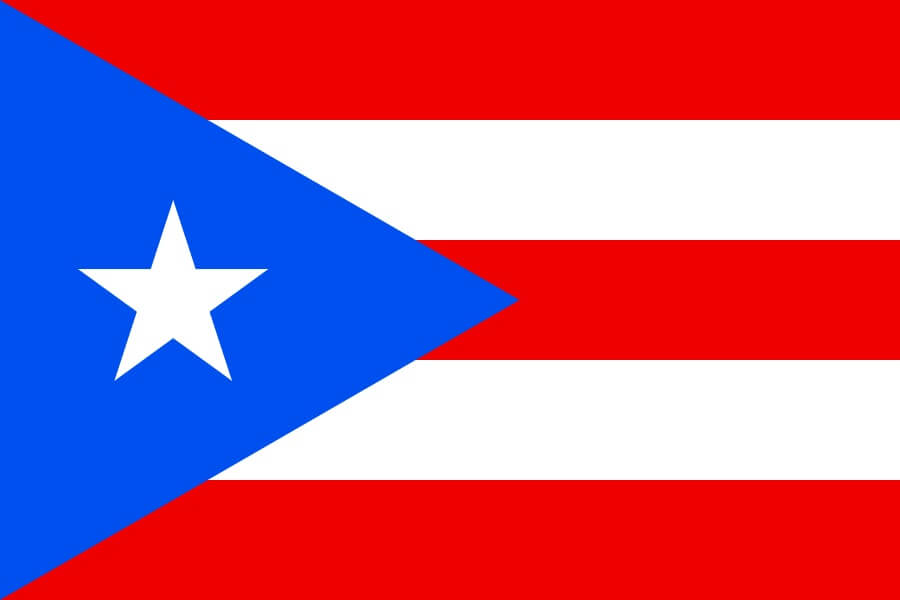 The Commonwealth of Puerto Rico is an unincorporated US territory with self-governing status. It is located in the northeast of the Caribbean sea, east of the Dominican Republic and west of the Virgin Islands. Its west coast is located approximately 1536 kilometers southeast of the coast of Florida.

The archipelago of Puerto Rico includes the main island of Puerto Rico and a number of smaller cays and islands, of which the largest are Mona, Vieques and Culebra. It is populated by 3.6 million inhabitants and its capital is San Juan. Its official languages are Spanish and English, and its official currency is the US Dollar.

Puerto Rico imports 85% of the food it consumes and all its energy. It does not have any coal, natural gas, nor oil reserves. Manufacturing is the largest economic sector of the island, accounting for almost half of its GDP. Its major industries are pharmaceuticals, textiles, petrochemicals, and electronics. Tourism is another of its main sources of wealth, with about 5 million tourists visiting the country annually. The financial sector is a major contributor to its economy, and is integrated with the American financial system, being governed under the latter's regulations, and falling under the jurisdiction of the Federal Reserve Bank of New York.

Puerto Rico used to have tax exemptions for US companies that settled in the Commonwealth, and allowed its affiliates operating on the island to send their profits to their parent company tax-exempt. In 2006 the US Government cut this tax benefit and the economy of Puerto Rico entered into recession, which continues to endure. The Commonwealth faces serious problems in meeting its obligations to its debtors, and declared bankruptcy in May 2017 to restructure its multimillion-dollar public debt.

Puerto Rico has currently, under the Individual Investors Act, several tax exemptions for passive income, such as on dividends, capital gains or interests, for foreign individuals (including Americans) relocating to its territory and setting tax residency there.

If you want to set up a company, open a bank account, immigrate and/or obtain residency permits in Puerto Rico, you can view some of the articles and more information about the country below, or get in contact with us directly for a free private consultation.