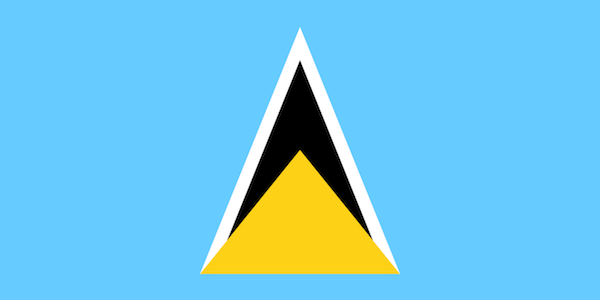 Saint Lucia is a small island state in the Caribbean sea, and a member of the CARICOM and the Commonwealth. It is located north of Saint Vincent and the Grenadines and south of the island of Martinique. The island has a population of 185,000 inhabitants.

Its official languages are English, although 90% of its population speak a French-based Creole.

Its official legal tender currency is the East Caribbean Dollar (XCD), which has a fixed exchange rate with the dollar of 2.7: 1.

St. Lucia is an independent country but maintains the monarch of the United Kingdom as its sovereign and head of state, who in turn appoints a Governor General to perform the duties that would correspond to the monarch, which are usually merely symbolic.

The head of the Government is the Prime Minister, who is the head of the party that obtains the most votes in the legislative elections.

Traditionally, the economy of St. Lucia was mainly based on the cultivation of bananas. Currently, tourism is the sector that contributes most to the economy, with its dry season (from January to April) being its high season. St. Lucia tends to be popular due to its tropical climate, its landscapes and its large number of beaches and resorts.

Since the enactment of the International Business Companies Act in 1999, Saint Lucia has developed a robust financial center, and currently offers financial services such as offshore trusts, mutual funds, insurance and offshore banking.

If you want to set up a company, open a bank account, immigrate and/or obtain residency permits in St. Lucia, you can view some of the articles and more information about the country below, or get in contact with us directly for a free private consultation.