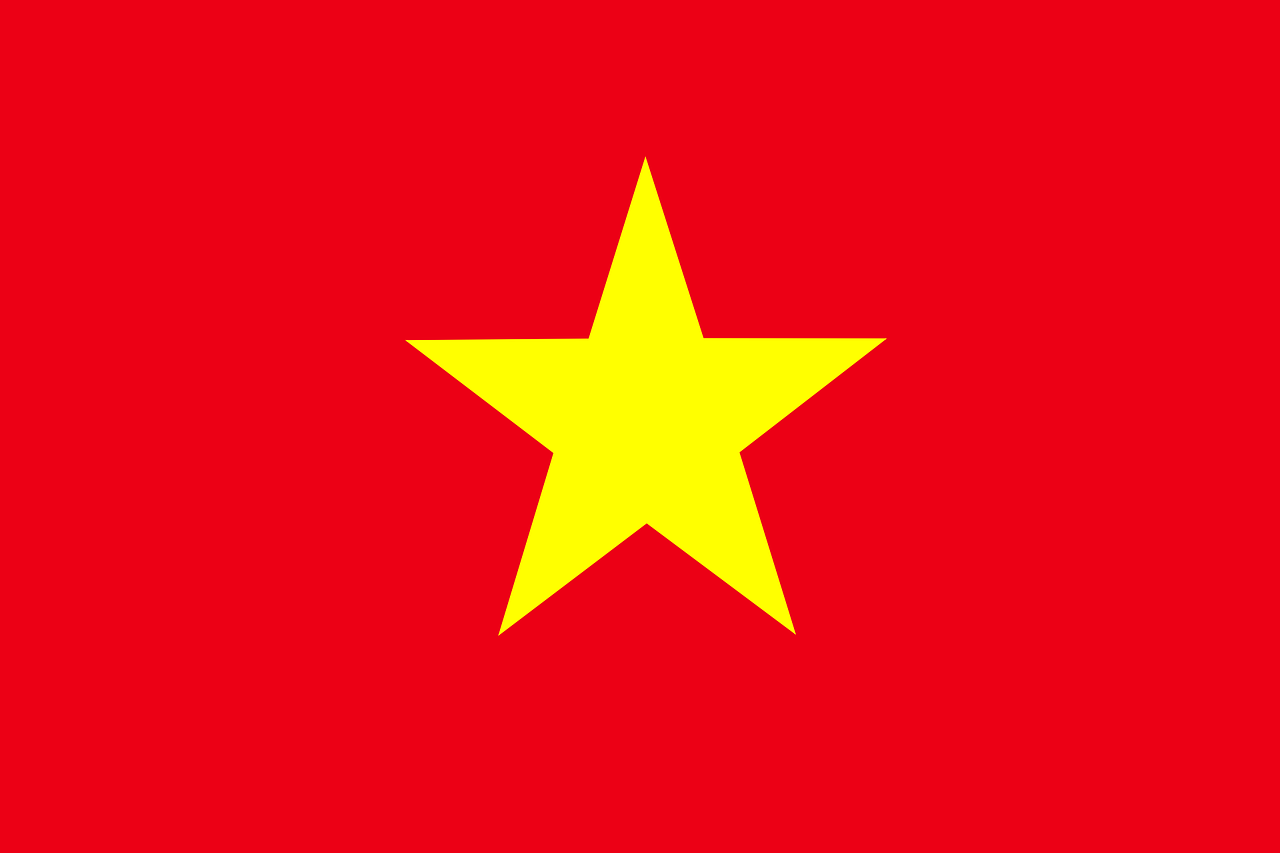 The Socialist Republic of Vietnam is a Southeast Asian country and member of ASEAN. It is located in the eastern part of the Indochina peninsula, bordering China to its north, Laos to its west and Cambodia to its southwest, while on the east it has a long coastline forming the western edge of the South China Sea. It has an estimated population of 95 million, making it the thirteenth most populous country in the world and the eighth most populous in Asia. Its capital is Hanoi, but its most populated city is Ho Chi Minh City, formerly known as Saigon, with almost 10 million inhabitants, or around 15 million when considering its total metropolitan area. Its official language is Vietnamese, but Chinese, French, English are commonly spoken, along with numerous other languages of its 54 recognized ethnic minorities, most of which are found in its mountainous interior. Its official currency is the Vietnamese Dong (VND).

Vietnam has a socialist market economy, with certain characteristics similar to the People's Republic of China's economic model. Vietnam's economy was shifted to a mixed-market economy following the Doi moi, or 'new era' reforms which the government undertook, beginning in 1986. This initially simply involved the recognition of private initiative and property, but has in the intervening years witnessed the country evolcing into one of the fastest-growing economies in the world, driven by international trade and foreign investment.

Vietnam's primary sector is dominated by cultivation and plantations (rice, coffee, cashew nuts, corn, pepper, sweet potatoes, peanuts, cotton, rubber and tea) and aquaculture. Vietnam is the third largest exporter of rice worldwide, after India and Thailand, and the world's second top exporter of coffee, after Brazil. It is also the primary exporter of pepper in the world, and is also a major exporter of fishery products such as shrimps and catfish. Being the traditional sector of the Vietnamese economy, the primary sector currently accounts for a sixth of its GDP, although it employs half of the labor force.

Vietnam's major industries include textiles, the food industry, furniture, plastics and paper, but its fastest growing industrial sector is in energy, such as coal, hydrocarbons, electricity, and heavy industry such as cement, steel and the naval industry. Vietnam is currently the third largest Southeast Asian oil producer, after Malaysia and Indonesia. The most promising sectors, which are receiving increasing amounts of foreign investment, are high-value added industries such as cars, electronics and IT (software).

The services sector accounts for more than forty percent of its GDP, and is mainly driven by telecommunications, with a fibre-based broadband market that is rapidly expanding, and tourism, with more than 15 million visitors in 2018, which was an increase of 2.1 million on the previous year.

In recent years, Vietnamese authorities have set a more structured and competitive business legislation, providing tax breaks and incentives to attract more Foreign direct investment. These include the ability for foreigners to purchase apartments in the country, and easier ways to obtain temporary residency there.

If you want to set up a company, open a bank account, immigrate and/or obtain residency permits in Vietnam, you can view some of the articles and more information about the country below, or get in contact with us directly for a free private consultation.

Vietnam LLC | Setting Up a Company in Vietnam