In this letter, you’ll find Truth About Money that they don’t want you to know. We will see why central bankers like to blow things, why China is banning BBQ’s and the 3rd flag of Flag Theory needs a revision from the 1950’s edition.

If you haven’t already, consider becoming a PT member. You’ll receive my passport book, and also receive access to exclusive content not available publicly, including the country guides…

Your money can lose its value – overnight.

Imagine waking up one morning and learning that you now have half the net worth as the day before. This is essentially what happened to people in Argentina just one week ago when they saw the purchasing power of their currency decrease by 30% overnight.

Think it can’t happen to you?

Society at large has a misplaced faith in the currency and the banking system. It happens easily when you have banking institutions that can’t fail, and you enter the eye of the economic storm. However, the financial crisis that was nearly averted in 2008 was never cleaned up; it was simply swept under the rug, and there are major flaws in the system that still exist today. Further, the idea that paper money is somehow secure is a rather modern mistake. So, let us learn, and not make the same mistakes others have made in the past.

Paper money and/or 1s and 0s are in a computer, (i.e. your bank account) are not inherently valuable. It is backed purely by faith, and if that faith disappears, so will the value. Those who are well-read in economic literature, particularly Austrian economics, obviously would concur with my sentiments: don’t trust a monetary system based on debt and inflation, as it is unsustainable.

People who save and invest wisely are economically successful in the long run. Governments are no different.

The Yen and the Euro are the two currencies that are the most vulnerable at the current time. As the economies behind these currencies becomes more distressed, burdened by the debt of bad governments, the currency, in turn, becomes devalued – as a country’s currency is the underbelly, exposed and open to being cut on the open market by shrewd investors, hedge funds and banking institutions.

Escape from the Euro 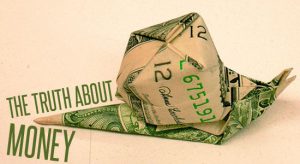 Many of the countries here seem to encourage laziness. It’s impossible to hire workers who actually work more than (the 3 hour workday) and as an entrepreneur working in Europe, it’s even harder to fire them. (http://www.linkedin.com/today/post/article/20130106152612-108843352-advice-for-us-entrepreneurs-who-move-to-europe) Perhaps that’s why I’m seeing a multitude of entrepreneurs flocking in droves to opportunities in SE Asia.

A major global event that could transcend the world economy would be the death or downfall of a major currency. This would obviously have dramatic effects on the global economy, and when you look at just how fragile currencies like the yen and Euro are, there is clearly a deeply seeded instability which could cause the entire pyramid on which the current financial system is built (fiat currency) to collapse.

Capital controls are being introduced

What is a capital control?

It is a law, order or measure by the government restricting the free movement of capital, and we are seeing them being introduced all over the world in different ways.

Take for instance the Chinese RMB. The currency is so hard to exchange, and the people are so afraid of it becoming worthless, that countless people who have livelihoods and full-time jobs are running backpacks full of RMB notes (the largest denomination is about $20) between the Mainland and Hong Kong.

Recent rules in Greece and Spain have also surfaced which prevent the outflow of capital, restricting residents to withdrawing a mere few hundred dollars a day.

Who is to say this won’t happen where you live? As the currencies become even more leveraged and unstable, the governments that back them will try to avoid the masses from transferring out of the failing currency. Unless you have a bank account set up in a foreign country (which is very easy and simple to do) – or a corporate bank account (such as a Belize Bank account tied to a Belize LLC) you may find it difficult or impossible to transfer out your life savings if things start to go wrong.

After your funds are no longer able to be transferred, higher taxes are naturally the next step.

Taxes are getting higher, harder to escape, with harsher punishment

Someone puts a gun to your head and orders you to give them half of your income or you will be arrested and thrown in jail. If I did that to you, you would call it robbery. If your government does that to you, you call it taxes.

Some places in the world, the taxes are low, comprehensible, and happily paid by citizens.

Simply put, the alternatives are more painful. As politicians become more desperate to maintain the status quo (huge governments and cushy pensions) there are traditionally 3 ways to “re-balance” the budget in the long run

How could it be that governments raise taxes but end up collecting less money? The Laffer Curve posits that as the people are threatened with higher taxes, they have a greater incentive to spend more time to minimize or even illegally avoid taxes.

In Hong Kong, when at worst, you only have to pay about 17% of your income to taxes, there is little point to avoiding or even minimize taxes. You just pay them, because it is simple, and easy to do so.

Meanwhile, in France – you can sometimes have over 50%+ of your income owed in taxes, (and the PM wants to raise it to 75% if you earn over 1M Euros). It just so happens that talented and affluent individuals, like Gerard Depardieu will give up French Citizenship.

If you take a look at a country like Monaco – which has the highest GDP per capita in the world, but actually no taxes, it goes to show that taxes may not even be necessary to run a successful economy. (By the way, I’ll be in Monaco next month, so if you live in the area, drop me an email).

The world is getting more crowded. Have you been to India or China? It’s downright frightening how many people live on Planet Earth. There are over 1.3 billion people in China and 1.2 billion people in India. And most of them are guys. And hey, let’s be honest, the party is never as good when you screw up the guy to girl ratio.

For instance, in China, the smog is so damaging that the BBC has reported on the existence of cancer villages.

Leave it to big governments to completely miss the point. Perhaps if China took a look at the massive amount of coal power plants, then perhaps the world could start making steps in the right direction.

However, there will be no stop to consumption until the world runs out of fossil fuel, which might happen sooner than you think. Many predict that we will reach the peak in 2033.

Laws of economics dictate that anything with a limited supply and a rising demand will see an increase in price. In the coming decades there will be a huge increase in the cost of things like gold, oil, silver, rare earth metals, and other commodities that are inherently valuable and easily traded, with a limited supply, unlike corn, wheat, soy, etc.

If you want to make big money in the coming years, borrow at the ultra-low rates, and bet on commodities.

The newest rage in Oil & Gas is the acquisition of natural gas via fracking, which is extremely damaging to the water supply. This much is clear: coal, oil, and gas are polluting the world; selling out future generations for cost and convenience’s sake. This is why renewable energy is so critical for mankind to continue to innovate, iterate and improve so that we can stop destroying the earth we depend upon.

As the world becomes ever-more crowded and polluted, there will obviously be increased pressure on the availability of clean food and water. I’ve talked about the importance of clean food and water here and I’m not alone in this sentiment. When I have the chance to chat with international investors like Tim Staermose, I routinely pick their mind on this issue, and we all concur that there will be a dramatic demand for organic food and potable water.

Others stateside feel the same way. That’s why the ‘survivalist’ mentality, homesteading, and rainwater harvesting is all the rage these days. And for good reason.

Is it acceptable for the government to arrest citizens for drinking raw milk, collecting rainwater, or having a vegetable garden?

People will take a lot of crap from their government before they do anything, but when you start threatening their livelihood and ability to survive, a switch is turned. When this happens, watch out.

There is very little incentive to start a revolution based on higher taxes (lest we forget, that was how America was born) but when there isn’t enough food to go around, watch out because there will be massive…

We will see a war of massive proportions by 2050. There are too many players with incentives to control and dominate the world’s dwindling resources. As countries seek to grab up the last “easy” resources in the world – the battleground could well be Africa.

China has been investing in Africa for years, and now the Obama administration is setting up drone bases in Niger. It is impossible to predict where and when the next major wars will occur, but the world has been at war constantly since WWII. At this point, peace would be the anomaly.

So the question becomes: What are YOU going to do to protect yourself, your savings, your family, your legacy?

These “things” do not exist in a vacuum; they exacerbate and accelerate each other. They could happen overnight before you have an action to prepare.

This isn’t a “sky is falling” Chicken Little post – this is saying look: When you examine the macroeconomic conditions, then the aforementioned 7 truths are inevitable.

What can you do?

Think International. Adopt a worldwide perspective where you constantly seek to establish flags globally so that you can pivot your wealth and your self to a safer location should things start to deteriorate where you currently live.

If you need help with going global, contact us.