How to avoid paying taxes?

Mitt made about 41 million dollars in 2011, and paid around 15% in taxes (about the rate of the then current 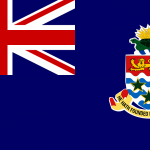 Even through a casual look at Mr. Romney’s tax return, you can see he is internationally diversified in his assets with many foreign companies, trusts and foundations spanning jurisdictions from the Cayman Islands to Liechtenstein.

Mr. Romney gets amazing benefits from his international flags

If Mitt gets sued, those assets are safe. Trusts are very hard to pierce, and are safer than any other legal entity.

Huge Legal tax savings and benefit, exemplified by someone very high up in government. If you can’t beat them, join them!

Romney has all but eliminated his sovereign risk.

No matter what happens in the US, his assets are safe and shielded. As long as he is invested in different risk profiles across multi asset classes, there is almost nothing that can take his wealth away.

Not only is Mitt rich, he is wealthy. Mitt is able to pass his wealth and assets to his heirs at lower tax rates than someone with only domestic estate planning, and can even implement things like spendthrift clauses which prevent an heir from blowing all of the money with a bad gambling habit.

Mitt goes offshore, and so do large multinational companies, who have entire teams dedicated to finding ways to lower their tax obligation.

You have the ability to go offshore, just like Mitt Romney and large corporations.

How to legally avoid paying taxes?

How can I avoid paying taxes? Is a question that any business owner or investor has once they reach a certain level of success. And it’s a valid question, and the key is to understand is that there is a distinct and bright line between tax avoidance and tax evasion.

Tax Evasion = the illegal practice of not paying taxes, not reporting income or violating the tax code.

Tax Avoidance = the legitimate minimization of taxes, using methods approved by the inland revenue board of the governments that have legal ownership over the income.

The common person may be fine handing over the lion’s share of their wealth to a government, but the intelligent investor or business owner knows that there are legal steps they can do to remain in compliance, and still minimize their tax obligation.

TRUTH: The USA Is the Largest Offshore Jurisdiction

Pop Quiz: Who is the largest offshore provider in the world…

The United States is the largest offshore jurisdiction in the world, with private entities that arouse virtually no suspicion from other governments or banks. It is possible for foreigners (with no US connection) to set up a completely tax free, as well as anonymous, ‘offshore’ company.

Set up an LLC in Wyoming, for example, and you don’t even need to have your name on the articles of incorporation.

You shouldn’t try to hide accounts from your government. It is difficult if not impossible in today financial environment. Particularly citizens from the United States will have an almost impossible time hiding their assets. Citizens from other large countries such as Germany, France and England could also experience difficulty.

The long arm of the IRS is ever reaching. FATCA has virtually eliminated any semblance of banking secrecy. This is because

Again, offshore business does not equate to tax evasion. Correlation does not equal causation. An offshore account does not make you a tax evader.

Scare tactics are used because it is more costly and annoying for the government to look after foreign accounts – so they require a ton of forms to file so they can keep track of you. Many people are deterred and scared away from going offshore.

However, it is within your rights to go offshore, and completely legal. Just file the correct forms come tax time.

MYTH: Only a Few Million Dollars is held Offshore

There are trillions of dollars held offshore in any one jurisdiction. Luxembourg alone is estimated to have over 4 trillion. The offshore world is growing not declining and whether you decide to jump in, is completely up to you. Are you scared to take action because the big bad government might come to harass you – or do you realize the importance of joining the offshore world, and just how easy it is to get started?

MYTH: Offshore is Only for Billionaires

Many different people from all walks of life can benefit from internationalization and legally avoid paying taxes. You don’t need to set up a blind foundation trust in Liechtenstein – you can simply open a bank account abroad in your personal name. Lots of times these banks don’t even charge an opening fee (although sometimes they do, often about $50, with a $1000 min. deposit.)

If you do set up a foreign bank account and you are American, you need to file an ‘FBAR’ form, declaring all accounts, if the cumulative amount (all foreign accounts added together) at any time exceeds $10,000 in the prior year. File using TDF form 90-22.1 This is a form to the treasury. There is a new form this year, form 8938 – which requires you to file the amount held in foreign accounts exceeding $50,000.

Don’t think you are being clever and “structure” your assets so that Bob holds 9,000 in one account in Malta and another $9,000 in St Vincent. This is reportable because the total amount exceeds $10,000.

I shouldn’t have to say it so much, and make a big deal out of it, but there is a stigma, and many people don’t get it.

Moving some assets outside your home country makes you safer, and diversifies your portfolio overnight.

Your eggs should not be in one basket!

TRUTH: Offshore world is More Relevant Than Ever

The post 9/11 events have made it so that people have a stigma against offshore accounts. However, this is simply not fair, true or accurate. Offshore business entities – such as an offshore LLC or offshore IBC – are more relevant than ever. You can and should look offshore for your incorporation.

You can legally move all or part of your business and legally avoid taxes, without doing anything illegal. You will have additional forms to file and fees to pay – but you’ll have gained financial freedom from your country of origin.

Don’t let the government scare you into thinking you aren’t allowed to hold assets outside your home country when it is prudent and intelligent to do so.

The Offshore landscape is changing quickly – laws are being put in place that are making it more difficult to go offshore; so if you do decide to venture into the offshore world, check how we can help you along in your journey towards more freedom, privacy and wealth.