How to become an Irish citizen and get an Irish passport

The global financial crisis has hit hard on most European countries with Greece being the eye of the financial tornado. Cases of banks collapsing and businesses closing have been very rampant across the whole European continental block. Consider this before you invest in a citizenship in the EU, as you do have other options. 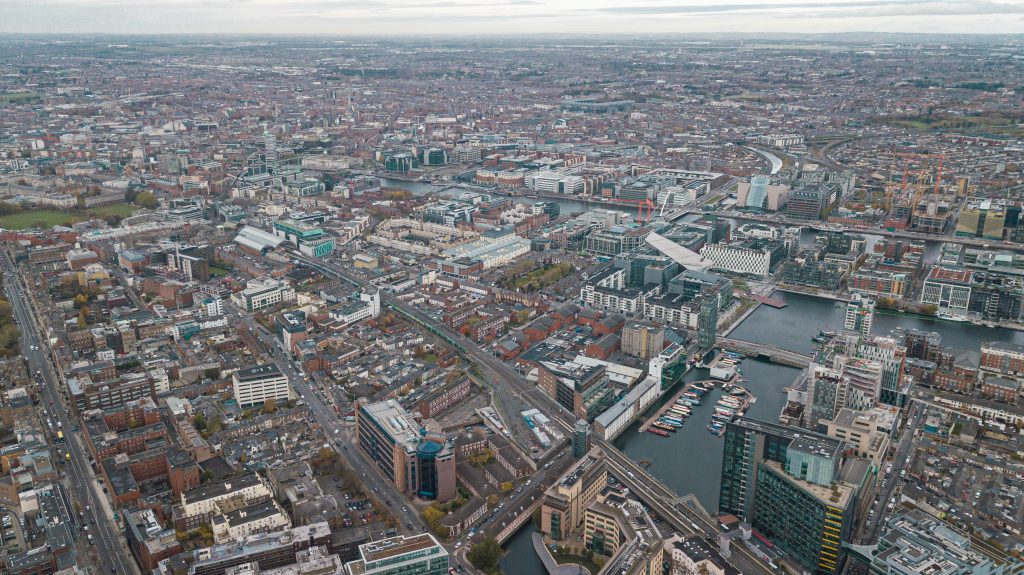 One can often achieve Irish citizenship if they can prove their parents or grandparents were born in Ireland. If you have Irish bloodlines, see this page to apply for citizenship by descent in Ireland. Otherwise, read on to see other options you might have, as there are other ways through which one could attain Irish citizenship and an Irish Passport.

The end goal of the program is meant to positively impact on the Irish investment sector. In summary, the Irish citizenship by investment program provides applicants with residency in Ireland. Initially, Irish residency is a renewable two-year contract followed later by a five year residence permission.

As noted earlier, only successful and approved investments guarantee the applicant Ireland residency. When successful, the applicants together with their nominated family members get the opportunity to reside in the country for 2 years to start with. Citizenship in Ireland under this program is possible after the 5th year of holding an Ireland residence card.

It is worthwhile to note that although the Irish residency program guarantees successful applicants freedom of movement and enjoyment of other rights, it doesn’t immediately confer Irish citizenship. You must first go through the residency program. If you are looking for an instant citizenship program, Dominica is your best option.

Purchasing of Immigrant Investor Bonds from the Irish government

These bonds, which are debt obligations, are issued by the Republic of Ireland. Acting through the National Treasury Management, Ireland issues these bonds which have a maturity of 5 years. Among the bond properties is a 1% annual coupon rate with a minimum investment of €2,000,000. The lower interest rates on these bonds signal the ‘riskless’ nature of these investment securities.

This is where an applicant deposits money in Ireland with no expectation of a return. This is considered an act of charity with a view to benefiting the public. The owner of the fund, which should not fall below €500,000, will thus not only donate such money for charity but also expect no recovery of the principal whatsoever. To be considered an endowment, the investment must be made in such a place that neither boosts capital nor supplements expenditure. The most popular areas of investment in this fund are in health, cultural, technology, and sports.

Apart from the above mainstream investments, other investments can also be considered in the application of Irish residency under the Immigrant Investor Program. An example of such investments are those that are made in the property market.

If the applicants have a residential property in Ireland where they intend to live in but not for generating rental income, that can be considered. The investment in property must amount to €1,000,000 and above for it to be enlisted for consideration. Investment in property that is directly or indirectly linked to either enterprise development or any socio-economic benefit to the Republic of Ireland can also qualify under the Immigrant Investor Program.

A point to note here is that these investments have a direct impact on the economic and social welfare of the Republic of Ireland.

The application and vetting procedure

After having satisfied the investments required for one to get a residential status, the next stage towards completion of the process is the Application and Evaluation stage.

This process can be broadly categorized into two parts. The first captures the application for investment and approval of immigration, while the second stage encompasses the issuing of residence permission.

Meeting the investment threshold does not give one a direct pass to residential status; the evaluation committee will capture the essential information of the applicants, and then decide and forward to the Minister, names of the candidates who have qualified under the Immigrant Investor Program.

As discussed earlier, investing in the government of Ireland bonds is one of the investments that can be accepted under the Immigrant Investor Program. Evidence of funds available to purchase the bonds should be shown to the Evaluation Committee. This is sufficient and satisfactory evidence.

Those applicants who have properties as part of the investments should provide information concerning ownership of such properties. Among the several components of the property to be disclosed are the agreed sale price of the property and a confirmation that the funds to purchase the property will come from the investor’s pool of resources. To authenticate the identity of the legal adviser, his name and registration details must be availed.

This stage is less vigorous and very simple. The applicants who have sailed through the vetting process outlined above are issued with residential permits at this stage. These permits grant them full enjoyment of rights and freedoms including the freedom of movement over the time period covered by the permit.

Though less involving, for the permit to be issued the applicants must give evidence of the funds to be transferred to Ireland. Copies of letters bearing the evidence of transferability of such funds from the financial institutions should also be furnished.

The applicant must also furnish the permission-issuing authorities with the affidavit proving their good character.

Establishment of funds and sources of those funds

In the earlier case where the institution is in Ireland, the letter should detail the amount of funds available under the name of the applicant. Bank statements should also be provided to the Irish Naturalization and Immigration Service (INIS) detailing three months of transactions leading to the date of the residential application.

Where the funds are located outside Ireland, the applicant must submit a letter through his bank showing the available funds during the time the letter was written and the status three months before the application was submitted. Emphasis is made that the letter must be original and from the banks, official headed paper. In this case, the letter should contain the applicant’s name and the funds available under them.

The sources of the applicants’ funds are also paramount in the application process. The sources of funds will be contacted just to verify the information given. Under the Irish Immigration Investor Program, there are a number of acceptable sources of funds. Most common are letters from Bankers, accountants or lawyers who have known you for more than 2 years.

In addition to the availability of funds, the funds must also be transferable to Ireland. This requirement is necessary because some countries restrict transfer of funds while others have inconvertible currencies. As evidence of the availability of funds, the bank where the funds are located must provide a letter stating that the funds are available and can be transferred without any restrictions.

Family members eligible under this program

In the event the applicant has been successful, his/her children together with the spouse are also considered as part of the program. The applicant, however, has to furnish the authorities with evidence of marriage in the case of the spouse and the legal guardianship in the case of the children. Each child, in addition, must be supported by a birth certificate showing the parentage of such children.

Although not common, withdrawal or loss of residential status happens. The circumstances that can lead to loss of status include fraudulent deals in relation to the application process. If the successful applicant under the Irish Immigrant Investor Program becomes subject to a deportation order or criminal offense, such incidences automatically lead to loss of status. Failure to adhere to the terms and conditions of the program in the course and time of the investment also leads to termination of residential status.

Rejection of applications by either the Minister or the evaluation committee is not subject to appeal. This means that once the application is rejected, the only remaining avenue is for the applicant to make another application at some later date. Reasons for rejections are communicated by the Irish Naturalization and Immigration Service (INIS).

For every application, a fee of €750 is levied. This fee is for facilitation of the application process and is non-refundable.

A Summary of the different projects available:

Irish Citizenship by a deed of sale

This is a case where the funds are sourced from assets disposal. In this case, original and authentic documents relating to the sale must be provided including a letter from a legal practitioner who is authorized to practice in the country where the sale is conducted.

Where the source of funds is an inheritance pool, then a notarized copy of the will which authorized this inheritance is to be availed. A letter from a lawyer verified to operate in the country where the will was written should also accompany the documents submitted.

There are cases where the applicant obtains funds from a divorce settlement. In such a case, a notarized copy of the financial arrangement made following a divorce should be submitted to the approving authorities.

It should be carefully noted that in the event the applicant received assets other than money, such assets will not be permitted and therefore not considered.

The documents submitted should contain a letter from a legal adviser authorized to carry out his trade where the divorce was decreed.

The Irish citizenship program is not the quickest, but there are so many different flexible options, it is an English speaking country, and the process is transparent. Ireland is a place where many different options are afforded – and don’t forget, if your grandparents or parents are from Ireland, you may also be afforded citizenship. Contact our firm for more details.

If you want to see more options, check out the Passport Book or check our free residency and second passport comparison tool.