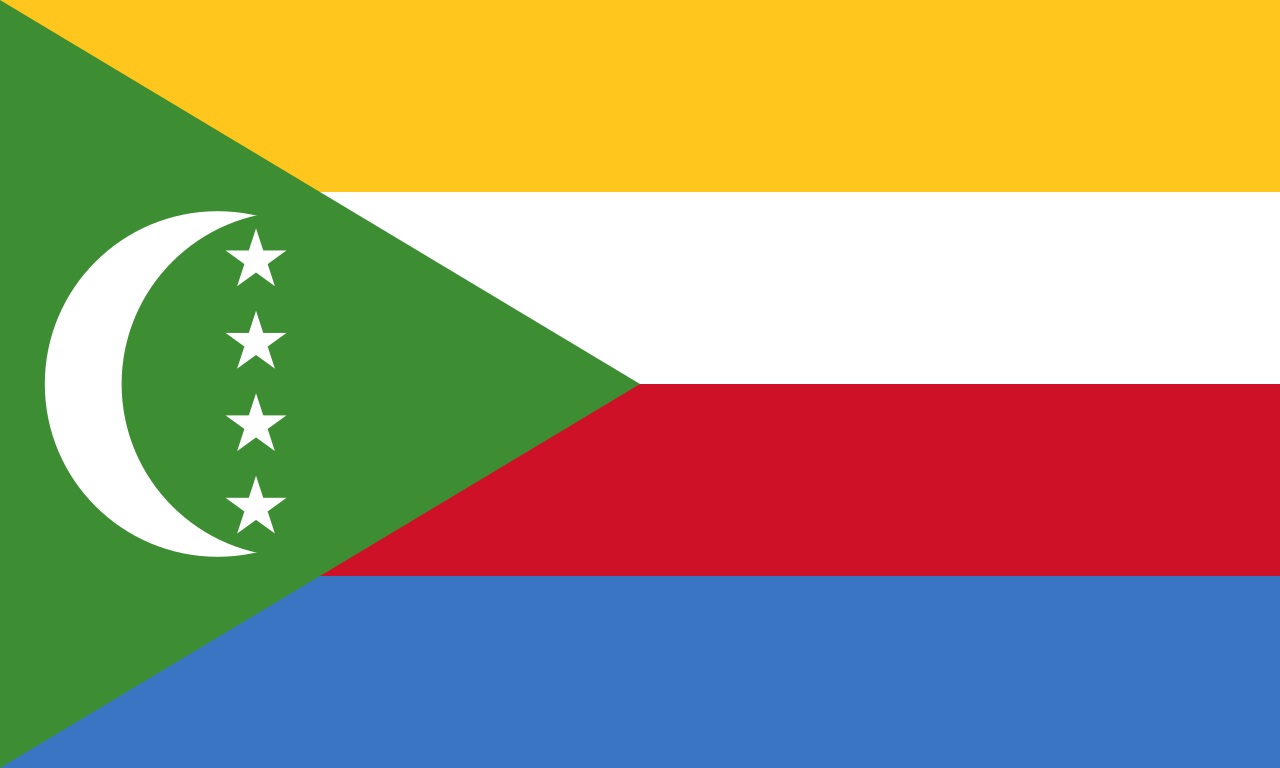 The Union of Comoros is a former French colony, made up of an Indian Ocean archipelago located at the northern end of the Mozambique Channel, off the eastern coast of Africa between northeastern Mozambique and northwestern Madagascar. The country consists of three volcanic islands: Grande Comore (Ngazidja), Moheli (Mwali) and Anjouan (Nzwani), while the neighboring island of Mayotte (Mahore), still belongs to France.

The country has a population of just over 720,000. Its capital and most populated city is Moroni, located in Grande Comore Island. Its official languages are Comorian, Arabic and French. Its official currency is the Comorian Franc (KMF).

Comoros is one of the poorest countries in Africa with poor infrastructure, lack of natural resources and a low educational level. Its economy is based on tourism, subsistence agriculture, as well as fisheries and forestry. The population below the poverty line reaches 60% of the total, unemployment levels are high, and 80% of the labor force is engaged in agriculture, mainly growing ylang-ylang and vanilla.

Comoros did once have the cheapest instant passport worldwide, however this program was ended in 2016 by the new government.

If you want to set up a company, open a bank account, invest, immigrate and/or obtain residency permits and even citizenship in the Comoros Islands, get in contact with us directly for a free private consultation.