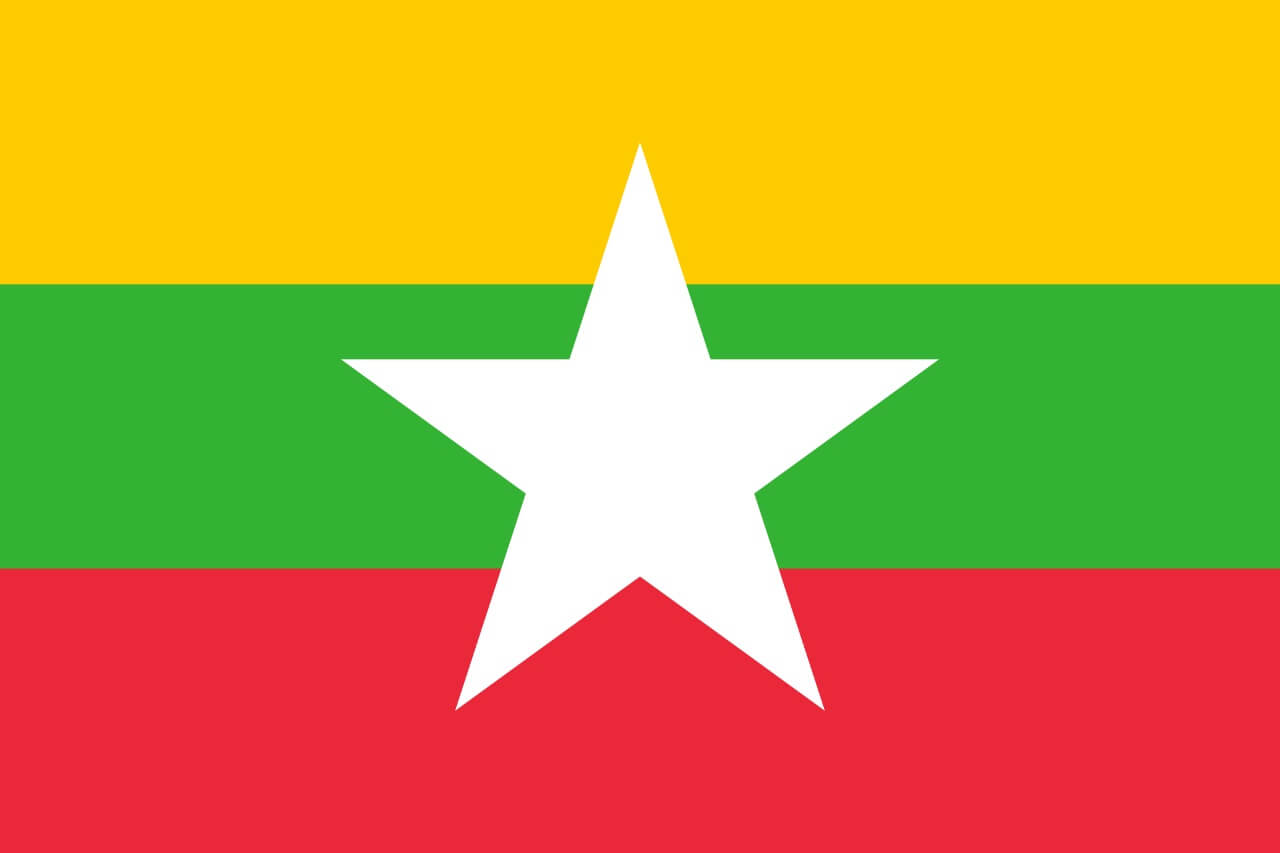 Myanmar,  officially the Republic of the Union of Myanmar and formerly known as Burma, is a sovereign state located in South East Asia and a member of the ASEAN. This former British colony borders China to the north and northeast, Thailand and Laos to its east, India and Bangladesh to its west and to the southwest with the Andaman Sea and the Bay of Bengal. It has an estimated population of around 52 million inhabitants. Since 2005, its capital is Naypyidaw, although the former capital, Yangon, is its most populated city and economic center. Its official currency is the Burmese Kyat (MMK).

Following its tentative return to democracy following reforms enacted in 2011, the international economic sanctions that the country had been facing have been eased or lifted, and the government has launched reforms to modernize the economic system.

The country's economy is being liberalized and opening up to the world, and sectors such as heavy industry, energy or the rice trade, which were traditionally fully operated (and monopolized) by the state, are being partially privatized. Its currently-poor infrastructure and antiquated industries are being renewed and each new year witnesses increasing levels of foreign investment.

That being said, it is absolutely essential for any foreign investor to be aware of the cultural peculiarities and unique context  of the country, as well as having effective local connections, if investment is going to be a success. Myanmar is an emerging market, full of investment opportunities, and in recent years has been experiencing growth rates of around 6-7%.

The country's main economic activity is agriculture. Rice is its predominant crop, occupying about half of the country's arable land. Other plantations produce cotton, peanuts, hevea, rubber and sugar. It also is a major centre for logging, and is the main global producer of teak. With regards to industry, its main activities are garments and oil and gas exploration. Myanmar also produces precious stones such as rubies, sapphires, pearls, and jade. Tourism is rapidly expanding, reaching about 3.5 million visitors in 2018.

Below, you can find why and how to set up a company and do business in Myanmar, its banking and investment options, and how to get residency and eventually citizenship in this Southeast Asian country.

If you want to set up a company, open a bank account, invest, immigrate and/or obtain residency permits and even citizenship in Myanmar, get in contact with us directly for a free private consultation.

Invest in Myanmar | Corporate Structuring and Business in Burma