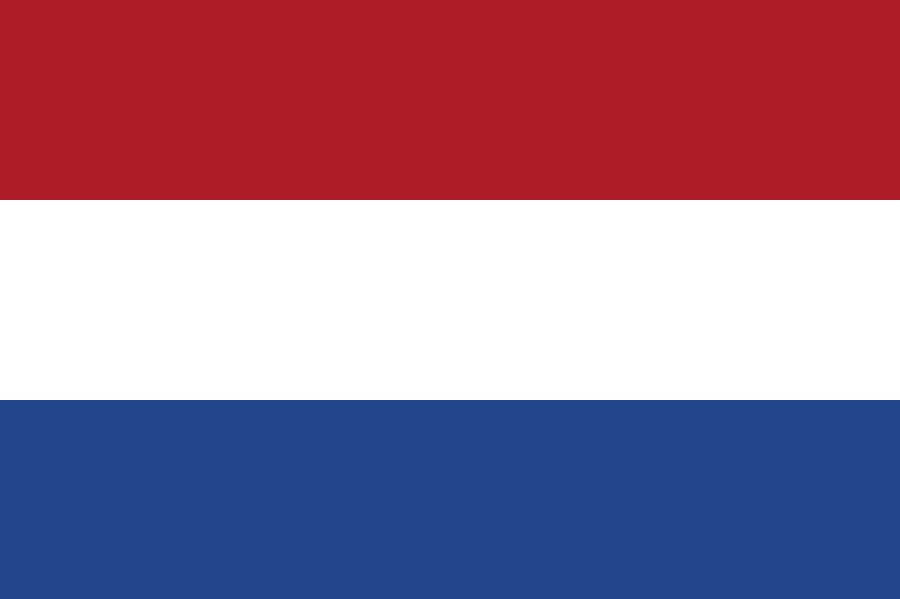 The Kingdom of the Netherlands is a transcontinental sovereign state. Its main jurisdiction is the Netherlands, located in northwestern Europe. The country is a member of the BENELUX and the European Union, and is known for a flat landscape of canals, tulip fields, windmills and cycling routes. It borders the North Sea to the north and west, Belgium to the south and Germany to the east.  The Kingdom also comprises the constituent Caribbean territories of Aruba, Curaçao, Sint Maarten and the dependent special municipalities of the Caribbean Netherlands (Bonaire, Sint Eustatius and Saba).

Frequently known by the name of its most influential and relevant historical region, Holland, the country is one of the most densely populated areas in the world, with 41,543 sq. km and 17 million inhabitants. Its capital is Amsterdam, although the The Hague is the seat of government. Its official language is Dutch, but English is widely spoken among its population. Other regional languages include Frisian and Papiamento. The legal tender currencies of the Kingdom are the Euro (EUR) in Netherlands, the US Dollar (USD) in the Caribbean Netherlands, the Aruban Florin (AWG) in Aruba, and the Netherlands Antillean Guilder (ANG) in Curaçao and Sint Marteen.

Netherlands is one of the most developed states worldwide, ranking seventh in the Human Development Index (HDI) (2016). Its economy is characterized by stable industrial relations, low unemployment, and it carries a surplus in its trade balance, being an important commercial hub in Europe. Its industrial activity is composed of agro-industries, steel products and aluminum, metal and engineering, machinery and electrical equipment, bulk chemicals, natural gas, petroleum products, construction, transportation equipment, microelectronics and fishing.

A highly mechanized agricultural sector employs only about 2% of its labor force but generates large surpluses for the food industry and for export, for which it is the third largest worldwide. Its main agricultural products are dairy products, poultry, meat, livestock, flower bulbs, flowers, vegetables and fruits, sugar beets, potatoes, wheat, barley.

The Services sector accounts almost three quarters of its GDP, and is mainly comprised of tourism, commerce, hotels, restaurants, transportation, storage and communications and financial services (banking and insurance).

Netherlands has an attractive tax regime for tax optimization, attracting the establishment of holding companies, which under certain conditions may not pay taxes on the dividends and profits reported by their subsidiaries. Added to that, the Netherlands is one of the countries with the most tax treaties enacted to avoid double taxation.

Below, you can find why and how to set up a company and do business in Myanmar, its banking and investment options, and how to get residency and eventually citizenship in the Netherlands, Aruba or Curaçao.

If you want to set up a company, open a bank account, invest, immigrate and/or obtain residency permits and even citizenship in the Netherlands or once of its territories, get in contact with us directly for a free private consultation.