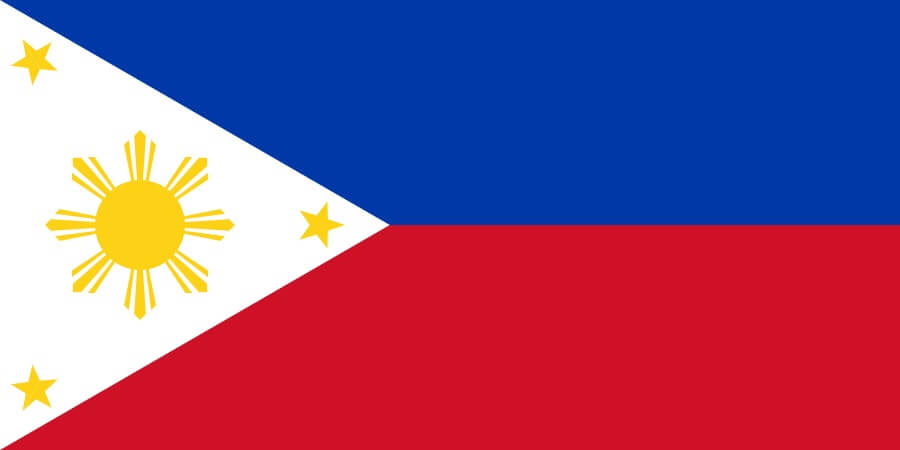 The Republic of the Philippines is a Southeast Asian country, located in the Pacific Ocean, and is a member of the ASEAN. It is formed by an archipelago made up of 7,107 islands, divided in three islands groups: Luzon, Visayas Islands and Mindanao.

To the north the Philippines is separated from the island of Taiwan by the Strait of Luzon, to the west from the South China Sea and Vietnam, to the south, the island of Borneo and the sea of Celebes which separates it from other islands of Indonesia, and to the east stretches the Philippine sea. Its location in the Pacific’s 'Ring of Fire', making it prone to earthquakes and volcanic eruptions, while its tropical climate and island topography leaves it with some stunning beaches and landscapes, but also very susceptible to typhoons.

It has a population of over 102 million inhabitants, making it the 12th most populated country worldwide. In addition there are 11 million Filipinos that live abroad. Its capital is Manila, located in the island of Luzon. Metro Manila is the most populated metropolitan area in the Philippines and the tenth largest in the world, with a population estimated at 20.5 million, which includes Quezon, its most populated city. Its official languages are English and Filipino besides 8 regional languages. Its official currency is the Philippine Peso (PHP).

The economy of the Philippines is the 35th largest in the world, with nominal GDP estimated at US$348 billion by 2017. Its main exports are semiconductors and electronic products, transport equipment, clothing, copper products, oil, coconut oil and fruits. Its major industries are the automotive, shipbuilding, aerospace products, mining and business process outsourcing. Tourism is one of its fastest-growing sectors, currently accounting for more than 10% of its GDP, with 5.3 million visitors in 2016.

Below, you can find why and how to set up a company and do business in the Philippines, its banking and investment options, and how to get residency and eventually citizenship in this Southeast Asian country.

Taxes, Business Companies and Fun in The Philippines