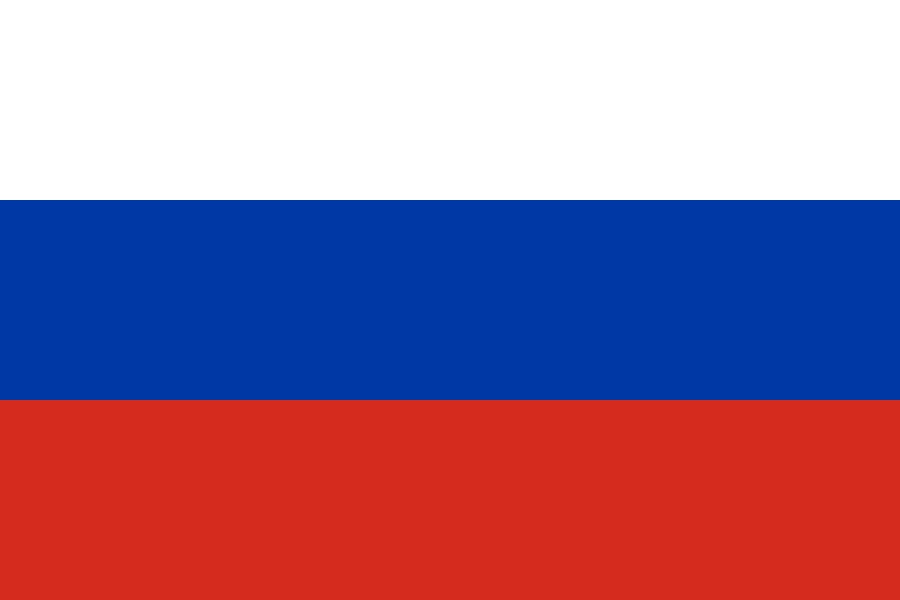 The Russian Federation is the largest country in the world. It has an area of 17 million sq. km, which is equivalent to a ninth of the entire planet's above-sea level land area, and is marked by a wide variety of geographical reliefs and natural environments. There are eleven time zones in Russia, from UTC + 2 to UTC + 12. The nation shares land borders with the following countries: Norway, Finland, Estonia, Latvia, Belarus, Lithuania, Poland, Ukraine, Georgia, Azerbaijan, Kazakhstan, China, Mongolia and North Korea. It also shares maritime borders with Japan and the United States, specifically with the state of Alaska. Its coasts are bathed by the Arctic Ocean, the North Pacific Ocean, and inland seas such as the Baltic Sea, the Black Sea and the Caspian Sea.

It is inhabited by 146.83 million people, who are mainly concentrated in its western, European region. Its capital and most populated city is Moscow, with over 11 million people. Its official language is Russian, along with 24 other official languages in its respective Republics. Its official currency is the Russian Ruble (RUB). Russia has one of the lowest public debt to GDP ratios worldwide, at 13.2% in 2016.

Its industry is divided into two blocks: one is made up of large commodity producers, which have global competitiveness, such as in natural gas and oil, as well as the world's third largest exporter of steel and rough aluminum - and another with other, less-efficient heavy industries, highly dependent on local consumer markets. Other large Russian industries are the automotive, aerospace, electronics, telecommunications, transportation, construction, insurance, information technology and its sophisticated arms industry, which produces high-tech military equipment.

If you want to set up a company, open a bank account, immigrate and/or obtain residency permits in Russia, you can view some of the articles and more information about the country below, or get in contact with us directly for a free private consultation.