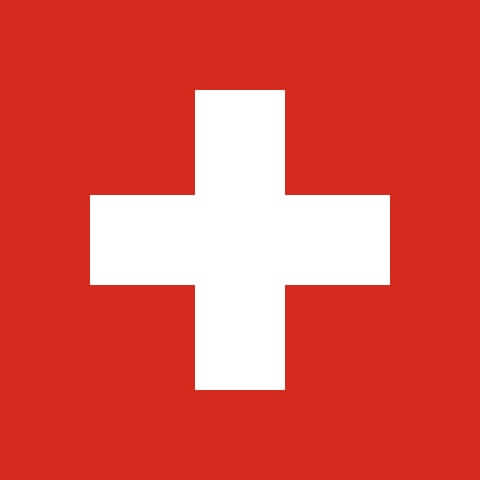 The Swiss Confederation is a landlocked country located in central Europe, and a member of the EFTA. It borders Germany to the north, France to the west, Italy to the south and Austria and Liechtenstein to the east. Switzerland is a confederate republic of 26 states, called cantons. Bern is the seat of the federal authorities, while the country's financial centers are located in the cities of Zurich, Basel, Geneva and Lugano. It is inhabited by more than 8 million people. Switzerland is one of the most culturally diverse European countries, and is home to a larger number of immigrants. It is also a multilingual confederation with four official languages: German, French, Italian and Romansh. Its official currency is the Swiss Franc (CHF).

Despite its lack of natural resources, Switzerland is one of the most stable, developed and prosperous countries worldwide, with a highly skilled labor force, and home to some of the most important multinational corporations. Its GDP per capita is the second highest in Europe, surpassed only by Luxembourg, while it is ranked ninth worldwide.

The most important economic activities in Switzerland are the chemical industry, medical technology, he pharmaceutical industry, the manufacture of musical and measuring instruments, real estate, financial services and tourism. The country's main exports are medicaments, glycosides and vaccines, watches, orthopedic appliances, precious jewelry, chemicals and electronic machinery, which are renowned for their quality and innovation, with Switzerland regularly ranking first in the Global Innovation Index. Switzerland is also a large exporter of arms, ammunition and small calibers, and is also known for its cheese, wine and chocolate, and as a pristine mountain tourist destination, particularly for winter sports.

Switzerland is also one of the largest financial centers worldwide. Swiss banks offer a wide range of offshore banking services to corporations and individuals. Its historical policy of neutrality in global conflict, combined with its political and economic stability and its banking secrecy enshrined by law, has attracted significant amounts of foreign capital to Swiss banks. Currently, Switzerland still is one of the global leaders in Asset Management worldwide.

Switzerland also offers several tax incentives for its incorporated companies engaging in business outside the country. Profits derived from foreign branches, PE or foreign real properties and profits undistributed by foreign subsidiaries may not be subject to taxation. And in some cases a Swiss GmbH may be totally or partially exempt from cantonal and communal taxes if it is structured as a holding company, or its business is mainly conducted abroad, and may be taxed at an effective tax rate between 7.83% to 11% on foreign-source remitted income.

If you want to set up a company, open a bank account, immigrate and/or obtain residency permits in Switzerland, you can view some of the articles and more information about the country below, or get in contact with us directly for a free private consultation.