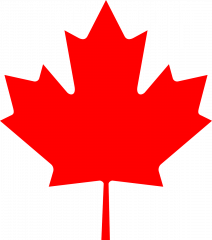 How to Get Canadian Citizenship

This article is outdated – you can check out how to get Canadian Citizenship on the Canada page of passports.io

Today’s topic will focus on achieving one of the key steps of this site’s guiding principle – Flag Theory.

As introduced in the first post ever published on this site, Flag Theory is the system which allows individuals to protect their three most important assets: Freedom. Privacy. Wealth.

This is done by laying out a specific list of requirements necessary to sever ties to cumbersome governments and begin living a life free from taxation, regulation, litigation, and most importantly, needless frustration.

The first, and most important, step, or “flag,’ in Flag Theory is to establish a second citizenship. As discussed in Flag Theory: Flag One, Citizenship:

…unless you have an additional citizenship, you are completely reliant upon a single government. Citizenship is the base of the pyramid for which the rest of your life is built. Citizenship is much more than a passport or travel document; it’s a social contract maintained with a government. With this contract comes benefits, but also drawbacks; it’s up to you to determine whether you want to continue to be a citizen of your country of birth, or if another option is more beneficial to your current situation…

A second passport is the most important thing you can do to bolster your freedom. It is the ultimate insurance policy.

Let us turn now to an examination of the steps required in order to gain citizenship in the country of Canada.

Prerequisite to Applying for Canadian Citizenship

Becoming a Canadian citizen is actually a fairly easy process. Before we get into how one becomes a Canadian citizen, let’s make it clear who CANNOT receive citizenship. Individuals that will never gain acceptance are those:

Alright, now for those who CAN receive citizenship.

If you are over the age of 18, you only need to meet the following requirements:

The main issue is establishing residency. The country is very strict about the three years; you must have been living in the country for at least 1,095 days in the four years directly preceding your application being submitted. They’ve even gone as far as to create an official Residence Calculator on the country’s official immigration site.

If an individual is not disqualified from pursuing citizenship due to the reasons listed above, the only significant hurdle to achieving Canadian citizenship is to establish permanent residency. And how is that done?

There are actually six different routes to take when establishing residency:

If you have a relative that is a Canadian citizen, they can sponsor you to immigrate to Canada as a permanent resident. As a sponsor, you are responsible for the financial well-being of the relative(s) you are endorsing for residence. Individuals arriving in Canada after having been sponsored by a relative are NOT allowed to seek financial assistance from the government. For a complete listing of who qualifies as a relative, click here.

Individuals can establish themselves as permanent residents by demonstrating that they are capable of being both financially independent as well as able to contribute to the economic well-being of Canada. Skilled workers are chosen based on their educational background, work history, and fluency in of English and/or French. However, this can be a very competitive option; Federal Skilled Worker Applications caps are often reached well before the deadline.

The province of Quebec actually has their own requirements for granting permanent residency. Before you can apply for immigration as a skilled worker, Quebec’s own requirements must be satisfied.

If you have are a foreigner having been employed in Canada on a temporary basis, or either a current or recent student having studied in Canada, the process for applying for permanent residency is fairly simple. People falling under this category must meet these requirements:

For people desiring to start a business in Canada, the Immigrant Investor Program may be a viable option. The requirement, however, may seem a bit steep; investors must demonstrate a minimum net worth of C$1.6 million, and then make an C$800,000 investment in the Canadian economy. This might not be the savviest business decision, though, as it is significantly cheaper to start a business in a variety of other countries.

The exact requirements for entrepreneurs and self-employed individuals are somewhat vague, but they can be found here. The bottom line: if you can contribute to the Canadian economy with your skills, knowledge, or hard cash, the government will find a home for you.

The final method for establishing residency is through the process of being nominated by a Canadian province or territory. Through the Provincial Nominee Program, an individual can apply directly to a province in hopes of being nominated for immigration. Generally, a province is willing to nominate an individual seeking to accomplish a specific goal or occupation. This is a list of the provinces currently participating in the program.

Once you have established yourself as a permanent resident, the remainder of the application process is straightforward. If you can accurately state that you (1) are fluent in English and/or French, (2) have a basic knowledge of Canada, and (3) are a permanent resident, having resided in Canada for at least three of the four years immediately preceding your application, then you have only a few remaining steps:

Between April 2011 and March 2012, the average processing time (from receipt of the application to citizenship ceremony) was 21 months.

Assuming that everything was submitted in its entirety and in a timely fashion, you should have your second citizenship less than two years after initially applying as a permanent resident.

Begin the Process of Moving Towards Freedom

With Canadian citizenship, your ability to protect both your personal and professional assets is strengthened considerably. You’re that much closer to being able to live a life in which no one government controls your actions and taxes your labors. From there, the world can literally become your playground.

Flag Theory is designed to demonstrate exactly how this dramatic lifestyle change can be achieved.