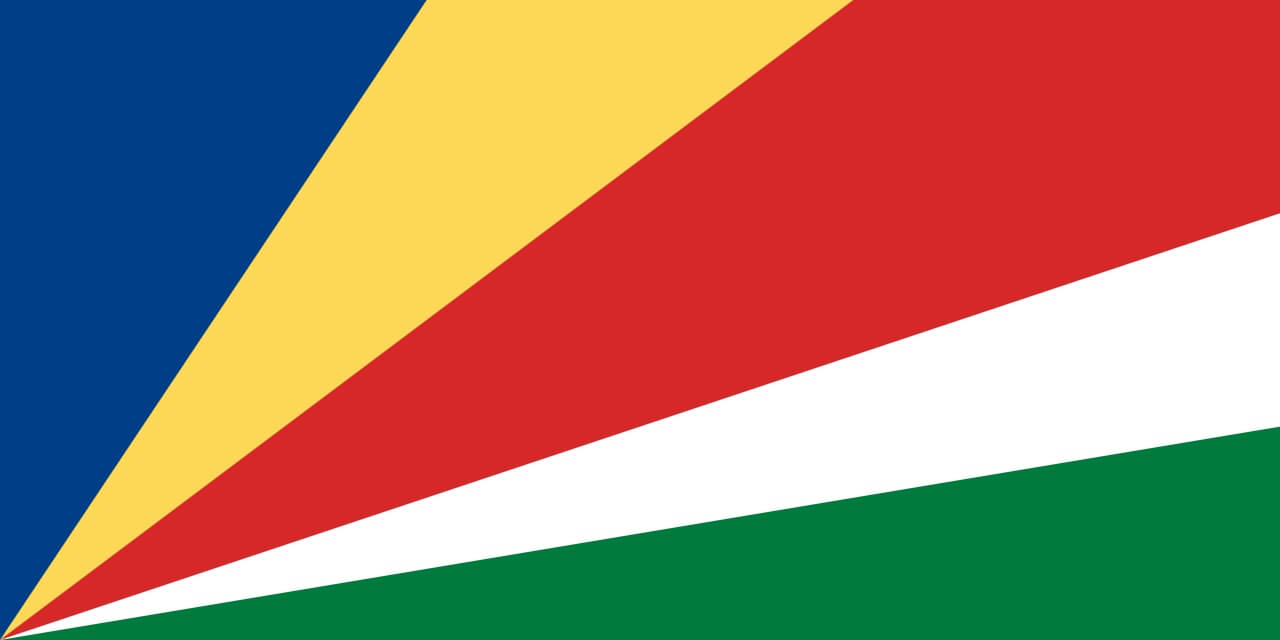 Today’s topic should be read by any international entrepreneur who is interested in paying less tax – and staying legal. It concerns mostly the issues of “residence” of a corporation, and it gets tricky. I’ll begin with a question from a reader:

“I recently created an IBC in Seychelles as the international arm of a domestic online company I own (sells subscriptions to online software). However, I’m having trouble finding a bank that will allow me to open an account, as I’m a US citizen and most banks seem to have recently closed their doors due to FATCA.

I currently live in Indonesia, so a bank in Asia or this side of the world would be ideal, and preferably one with low fees. I also need a merchant account to accept credit card payments in multiple currencies from my international customers.

Do you know of any banks or merchant account providers you could recommend that would open an account for a company in Seychelles that is owned by a US citizen?”

First, find a bank that will still work with American citizens. Many in Hong Kong are still willing to accept US clients, but you must have an introduction (many times from a local HK accountant). In Asia, you simply need an introduction to do business. I’d prefer not to name the Banks publicly, but they are out there.

Once you have the Hong Kong account, and a residency, you can use one of many merchant accounts available, including one from the bank, depending on which one you go with and if your monthly turnover is interesting enough for the said bank to accept you as a client.

You may have to set up a new company, or at least have all the necessary apostilled documents from Seychelles. Hong Kong banks would much prefer to work with a newly set up BVI company.

Other options for bank account… Belize is one of only a few countries that accept clients online (without appearing for a bank account). Contact me and I can set you up with my connections in Belize or Hong Kong.

If this person wants to live long term in Indonesia, it might make sense to set up a local Indonesian company and receive a Kitas, which I wrote about here. Although this is capital intensive (100k to capitalize) it would give more assurance to living and working in Indonesia because of the dual tax treaty between the US and Indonesia. View the treaty here –> irs.gov/pub/irs-trty/indo.pdf

The problem with working through a Seychelles company (and no Indo branch) is that it would be hard to say that the residency is in Indonesia. But if it’s not in Indonesia – Where is the residency?

This is the concept of establishing a tax domicile. Ideally in a place which doesn’t tax on a worldwide basis (Thailand is one such country, although “work” by foreigners is strictly forbidden in the Kingdom of Thailand). Other such places include Monaco, Cayman Islands, and Uruguay in some instances.

This is the 2nd flag of Flag Theory – establishing a foreign tax home.

So does setting up a Seychelles Corp qualify me for tax there?

Well, as mentioned earlier – NO.


To reiterate: an important point to consider when doing business internationally is the headquarters, or sometimes referred to as the domicile of the business, or the mind and ‘brain-center’ of your corporation.

Furthermore, most “paper” or “virtual” corporations don’t allow you to operate within the jurisdiction in which you’ve been established. Some jurisdictions – such as BVI – have laws which specifically prevent a local office being established which does any business with BVI locals. There are, however, other advantages to a BVI company – mainly, banking. These type of “offshore” companies are of little advantage to someone who might need to establish a new tax home.

Therefore, it may be necessary to establish a headquarters in a different country. This may open up the person to taxation in this new country, which may not mean more tax, if there is a dual tax treaty – or may mean no tax if there is no taxation on a worldwide basis.

High tax countries in the OECD and the United States oftentimes have statutes (CFC Laws) to prevent against offshoring profits for corporations which have a controlling shareholder interest. In order to receive relief from double taxation, it is sometimes necessary that a “person” is a “resident” of a country where they receive the double taxation relief.

The corporate tax residency test is oftentimes contingent upon the operations of the business (which could be anywhere if the company is a virtual, or an internet company), the management of the company and/or the place of incorporation of the company.

This alone is not the problem. Take for instance Hong Kong…

Hong Kong is known for having low tax, and the ability for companies to operate both “onshore” and offshore.

However, let’s go deeper and examine this from a PT perspective.

Hong Kong IRD Practice Note 21 concerning the “Territorial Source Principle of Taxation” interprets “Hong Kong sourced profits” very broadly, so it is very possible that your Hong Kong company would be taxed at the current rate of 17.5%

IRD Practice Note 21 at ¶ 29 says it will “‘only be in rare cases that a taxpayer with a principal place of business in Hong Kong can earn profits which are not chargeable to profits tax under s14’ (TVBI)”.

If you live IN Hong Kong and do business there, you will be taxed in Hong Kong.

If you live OUTSIDE Hong Kong and do business elsewhere, you won’t be taxed in Hong Kong, but you are at risk of being taxed elsewhere.

You can’t have your business in Hong Kong AND not have it there at the same time. Where is the headquarters?

The place of incorporation of a company provides certainty for corporate taxpayers, but it has been described as arbitrary and unrelated to economic reality for the individual PT in many instances (particularly if they are an individual who IS the business).

However, the concept of placement of management or operations as a test for the residence of companies is of import and can be susceptible to manipulation.

Many countries indeed use the place of management as a corporate tax residency test: France, Germany, and Japan, or where there are meetings held for the board of directors – Canada and the UK.

Only in exceptional circumstances will a foreign subsidiary corporation be considered to have its place of management or control in the country where its controlling shareholders reside.

“If the foreign corporation is properly organised and its affairs are conducted by its own properly constituted board of directors, even though they simply act in accordance with the instructions of the controlling shareholder, corporation will be treated as a non-resident corporation. In effect, the place of management test is largely formal; it looks to de juri control of the foreign corporation. Consequently, the test can be easily avoided and is not effective in dealing with tax haven abuse.

It is an international “norm” that the fact that a company resident in a particular country has a subsidiary in another country will not of itself make the subsidiary a permanent establishment of the parent company, in the country of residence of the subsidiary.

The United Kingdom and Australia are examples of countries which now determine corporate tax residency on the alternative bases of:

There have been cases which demonstrate that the place of incorporation alone is meaningless:

The central allegation in those cases was that companies incorporated in Jersey and other havens, and of which Mr Dimsey was a Jersey resident director, were in fact centrally managed and controlled in the UK, such that the companies were liable to UK corporations tax. The evidence accepted by the jury was that Mr Dimsey’s client in the UK (Mr Allen), who was not an actual director, was a shadow director, and was in fact actually managing and controlling the companies in respect of board level decisions. The result for the companies was that they were resident in the UK rather than Jersey.

The established principles were recently applied in the UK Tribunal decision in Laerstate BV v Revenue & Customs [2009] UKFTT 209 (TC) (11 August 2009), where a Dutch company was found to be a tax resident of the UK. Again, the case demonstrated the detailed enquiry into the decision making process of directors (and for a period, a “shadow” director). Esquire Nominees were again referred to with approval. A somewhat more detailed emphasis was on whether the director who did now own the company had sufficient information before him to be able to make an informed decision.


US persons living in the US

US persons will almost never receive a benefit (from a tax perspective) from setting up a foreign corporation IF they live full time within the US, or even if they live part-time and they become involved in the day-to-day operations. This is because the corporation can become “effectively connected”, to a US “trade or business”, and therefore taxed in the US: refer Reg 1.864-7(c).

NOTE: Residency of the board and persons in the US renders the offshore incorporation income “effectively connected” and meaningless for tax purposes. This is simplified but should supply a layman’s understanding of the concept: where you live, can (but doesn’t have to) turn into where the business is taxed.

The US persons can still receive a large asset protection benefit from establishing an LLC in another state (such as Wyoming) or another jurisdiction (such as Nevis) that have strong company laws protecting directors and shareholders from the liabilities arising from doing business. An LLC in Nevis makes it even easier for tax purposes (for it will most likely be tax transparent, be taxed in the US, and have NO EFFECT on taxable income) but there would still be the potential for asset protection provisions afforded by Nevis.

You could examine Google and Facebook’s corporate setup, which I wrote about here – which both involve an Irish headquarters. Plus, if you set up an Irish company, you can gain Irish Citizenship.

What to take from this article:

More on this in future articles.

Final takeaway: There are plenty of places around the world which value entrepreneurs AND allow for low taxation, AND provide visas and citizenship options for those who are willing to locate there. I’ve written about the process for Ireland, New Zealand, and Canada, and a full explanation and walk through of each in the passport book, which comes with your PT Membership.

It is vital to speak with an attorney or CPA who can properly write a letter of opinion on your given corporate structure. Nothing in this article is given as personal advice; simply my own observations and experiences doing business abroad, and should not be relied upon for any reason.