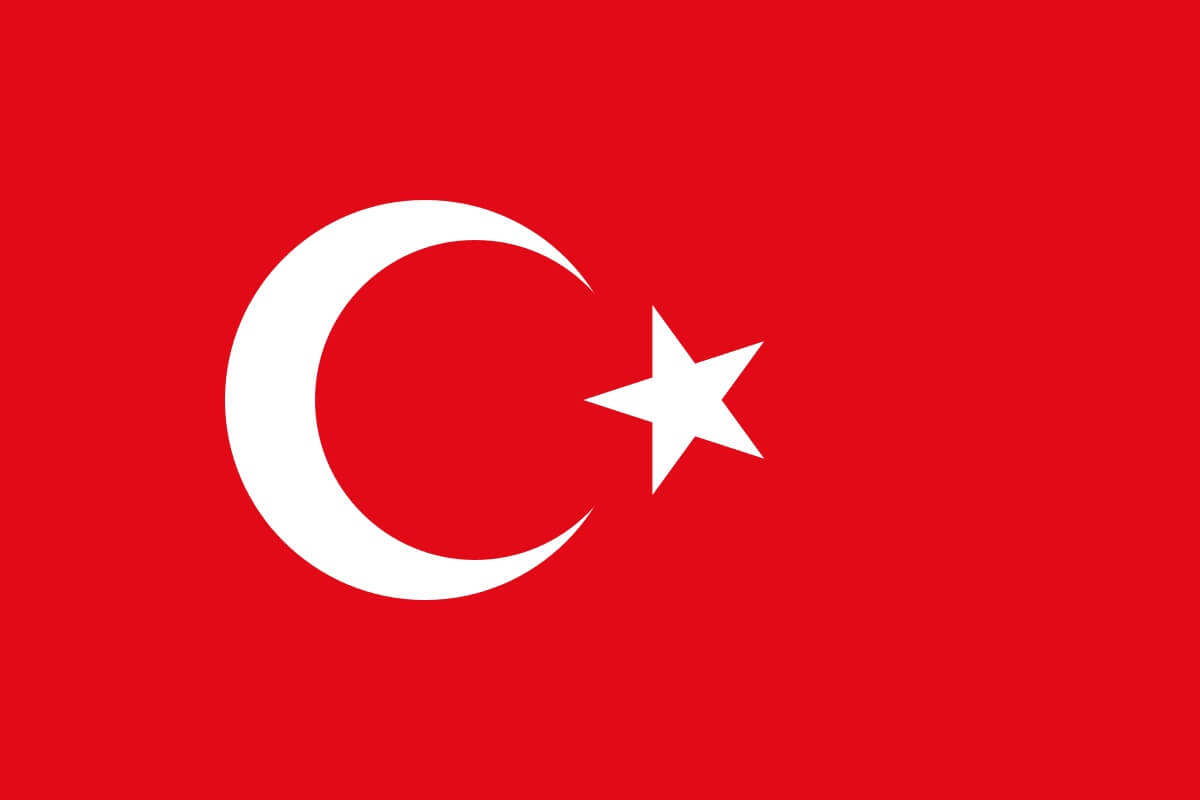 How to get Residency in Turkey

Merhaba... For thousands of years, Constantinople was the center of global trade, the connection of east to west, the epicenter of the silk road. Somewhere along the way, Turkey lost its flavor. It was no longer the most important city in Asia, let alone the world. Turkey is now an emerging market, one that is interesting from a business, lifestyle, and from a PT perspective.

Turkey may not be a place that immediately comes to mind when you think of strategic internationalization, but I’ll detail how to get residency and open a bank account in Turkey, how to buy real estate in Turkey, possible investment and eCommerce opportunities and much more. (est reading time – 7 minutes).

It was a long flight from the far east to the center of Europe, and it was nice to get off the plane and stretch my legs as I arrive in Istanbul.

After I pay the USD $25 visa tax for being an American who entered Turkey, I received a sticker in the middle of a page of my passport (which is running low on space as it is) and off I went to immigration.

Quickly through immigration, without immigration officers documenting my fingerprints (I’m looking at you Malaysia!)

It was time to get some central bank officially authorized fiat currency. Government Printed – Sheeple Approved.

In this case – Turkish Lira. Just a few years ago the Turkish lira was denominated in millions, but the government simply dropped 3 zeros overnight, reprinting the entire currency system. A perfect example of how the value of money is arbitrary, backed by blind faith, controlled by the government, and can be altered overnight. After failing to be able to exchange the Thai Baht or Singapore Dollars in my wallet at the exchange, I settled for giving the exchange some USD I always carry when I travel. Perhaps the greenbacks are on the decline, but the USD is still the most exchangeable liquid currency in the world. And in dollarized economies such as Myanmar to Cambodia to East Timor to Nicaragua – the USD is the choice paper.

After I put my bags in my room, checked my email, and headed out into the city to sample the local fare. As you walk down the street in Istanbul, it’s common to witness the calling to prayer. same time, there is a European feel to the place. The men wear leather jackets and blazers and baseball caps. The women wear jeans, not burqas.

Istanbul, the commercial capital of Turkey, is at the crossroads of Europe and Asia, and in many ways at the crossroads of ancient times and modernity. Driving over the Bosphorus bridge, it’s easy to see that this metropolis has undergone ridiculous growth. Istanbul is a very spread out city, neighborhood after neighborhood sprawled across the hilly urban landscape. 16 million people, most of which live in houses or apartments less than 5 stories tall. Istanbul is split between the European continent and the Asian continent. The city is sprawling, and Turkey is not for lack of space.

Turkey has a bright future. It hasn’t grown as fast, nor has turkey adopted the Euro – and its currency, the Turkish Lira, has some interesting investment opportunities.

Not too many people here speak English, at least not as many as you’d think. But that doesn’t mean there isn’t an opportunity to be found.

As always, I’m on the lookout for strategic reasons to plant a flag when I travel, and as always, I can’t resist trying to open up a bank account… Turkish citizenship is conveyed on a Jus Sanguinis (citizenship by blood) basis. If you are born to a Turkish Mother or Father inside, or outside Turkey – you can automatically receive citizenship.

It takes 5 years of Residency to receive Turkish Citizenship and a Passport from Turkey if you are not of Turkish Descent and you are a commoner. Quicker if you are married, or you know somebody. Dual Nationality is allowed. Dual nationals are not compelled to use a Turkish passport to enter and leave Turkey.

It is quite easy to receive residency in Turkey, compared to other parts of the world. The Azeris, Ahiska Turks, Gagauz Turks, Tatars, Turkmens, Kyrgyz, Uzbek, and Kazhaks receive priority for residence, but it’s possible for many different nationalities to obtain residence too.

The bottom line being, if you are from a friendly country and if you have the money and can support yourself, you can be granted a residence visa. This will allow you to work and stay in Turkey, as well as obtain a Tax ID and open a bank account. Here is some more about residency in Turkey on the page of passports.io concerning residency and citizenship in Turkey.

You could forgo the certainty of residency, and for tax purposes, you wouldn’t be subjected to the up to 45% tax that applies to all those who live in Turkey. Tax certainly isn’t “low” in Turkey, and I talked to many people who complained there was too much tax. This is something which stretches back to the Byzantine era.

“Foreign nationals can buy immovable property in Turkey, as a work place or private residence, provided that the legal restrictions are observed. However, the total area of the immovable (real estate) purchased by a foreign national may not exceed 30 hectares, even if the immovables are in different localities.”

I was impressed by Turkish online banking capabilities, and the rate on CDs is very good in Turkey, So I headed to the bank. Unfortunately, I was unable to open an account. Update 2019: This has now changed, and we offer a Turkish offshore bank account option at bankaccounts.io.

You need a residency and a Tax id number (virgi kimlik Number) to open a bank account. I tried, to no avail, to open one without this number. Perhaps if you have an introduction, this might be different. I was told I could obtain a Tax ID number from a Maliye office at city hall, and that I should bring photocopies of your passport, residence permit, and work permit to the Accounts Department (Defterdarlik). After this, I would need to go to the Accounts Department, locate the Tax Department (Vergi Dairesi) and finally the Civil Test Service (Sivil Yoklama Servisi).

I’ll stick to Banking in Singapore, or Hong Kong thank you very much.

A wildcard flag for this country is its 46 JCI accredited hospitals. Turkey has many western trained doctors who can administer medical care at very low prices. On a tour of a local hospital, I was surprised at their oncology capabilities, which included cyberknife technology.

Another hospital I saw was just completed less than 6 months ago and was already completely packed with people. Half public / half private – the facilities were modern and pristine, with the type of sterility you can only find in a hospital. Yet the technology was incredibly modern. From 10 million dollar oncology radiation machines to LCD screens displaying the doctor’s names outside of the doors, I was shocked at just how advanced this hospital (in the middle of a rough neighborhood) really was.

They had a helicopter lift (where the chopper would be lowered by hydraulic pumps into the building), completely paperless EHR systems, antibacterial flooring, all of this in a public/private hospital, backed by private investment. The company had also bought up adjacent plots to tear down the surrounding buildings and build a large hotel, the entire complex located strategically near the large international airport.

At a meeting with a local VC firm, I was pleasantly surprised to see the thriving tech scene in Turkey. It’s no Silicon Valley, but there are certainly some entrepreneurs here trying to shake up the old economy, taking advantage of the massive market opportunities presented by the growing middle-class in Turkey. Mobile penetration is extremely high and the internet is fast, accessible, and widespread. Huge opportunities for e-commerce. Too much tax! I couldn’t open a bank account by walking in off the street (but I am American, so that doesn’t help.)

Opening a company is more complicated than it needs to be. I suppose Istanbul isn’t a bad place to settle, but it’s not a strategic residency flag. I’ll be in Monaco next week, however, and that is a fantastic place as a residency flag.

Turkey is a fascinating place rich with history, and lots of great things to see. Less interesting from a strategic financial standpoint, plus – the weather isn’t great, and the taxes aren’t that low. More of a place to vacation than to plant flags. A great place to visit and the food and the coffee are incredible. If you are able to live like a PT – why NOT spend some time in this country, in this city with a vibrant and fascinating culture.

I think I hear them calling my flight…

I’m off to Monaco.